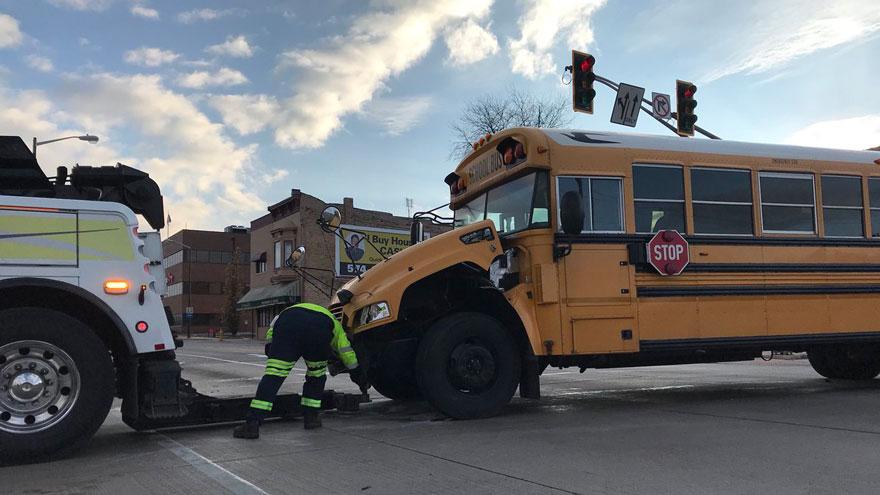 It happened around 8:15 at N. 2nd Street and West Jackson Boulevard.

Police say an SUV was driving eastbound on W. Jackson Boulevard and failed to stop for the red light. The bus, which was traveling northbound on N. Second Street, struck the SUV on the passenger side.

Neither driver was injured.

Police say there were 23 Beardsley Elementary School students on the bus at the time of the crash.

Six were taken to a hospital to be evaluated for minor injuries, mainly bumps and bruises. Two were later transported from the school to the hospital for treatment of minor injuries.

All students have been released.