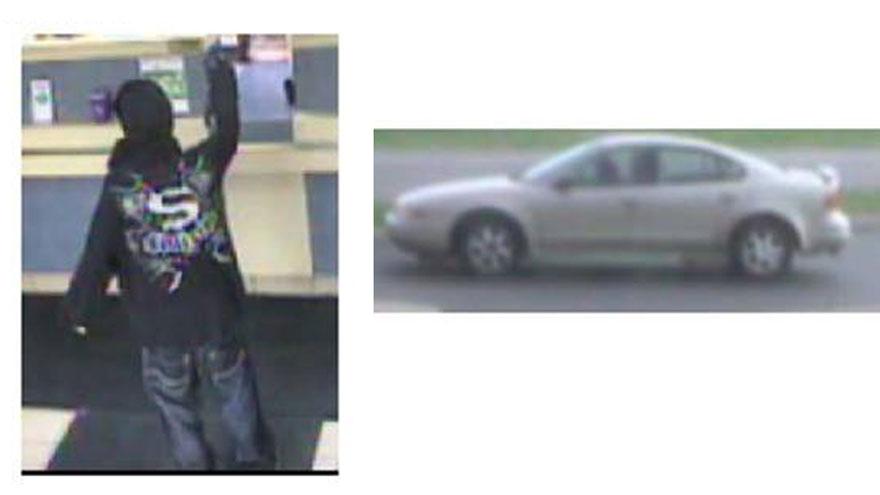 STURGIS, Mich. -- The Sturgis Bank and Trust on Centerville Road was robbed Wednesday just before 10:30 a.m., according to Sturgis Police.

The suspect was described as a black male, approximately 5'7" tall, with a thin build. He was wearing blue jeans and a black hoodie with an unusual design on the back.

The suspect had a blue bandana over his face and wore dark sunglasses.

Police said the suspect got away with an undisclosed amount of money.

The bank is offering a reward for information resulting in the arrest of the suspect or suspects involved.