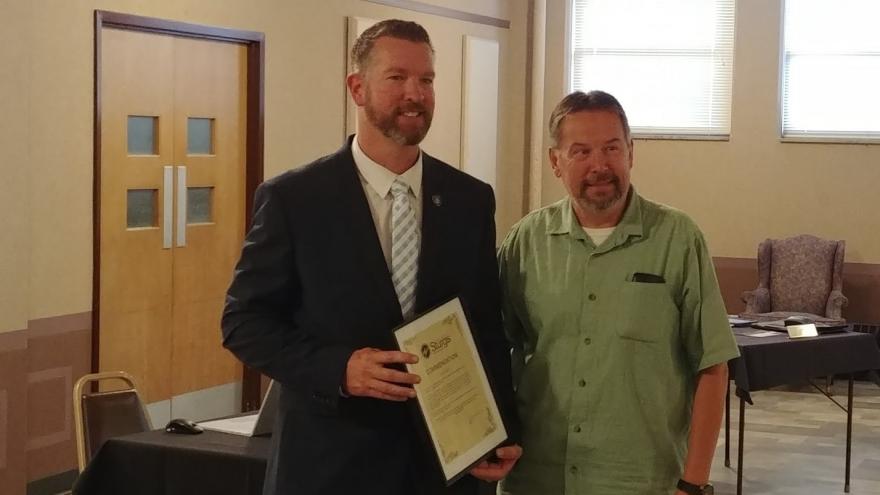 Photo via City of Sturgis

STURGIS, Mich. – The Sturgis Public Safety Director Geoffrey Smith was honored by Mayor Robert Hile for his efforts in assisting three individuals in evacuating a two-story structure fire back in early June.

On June 6, the Sturgis Fire Department was dispatched to a residence on Maple Street on reports of a structure fire with several people stuck inside on the second floor.

Smith arrived on the scene and quickly assisted in helping the family evacuate by utilizing a ladder from a neighbor.

Two adults and a baby were able to safely descend the ladder and escape from the house.