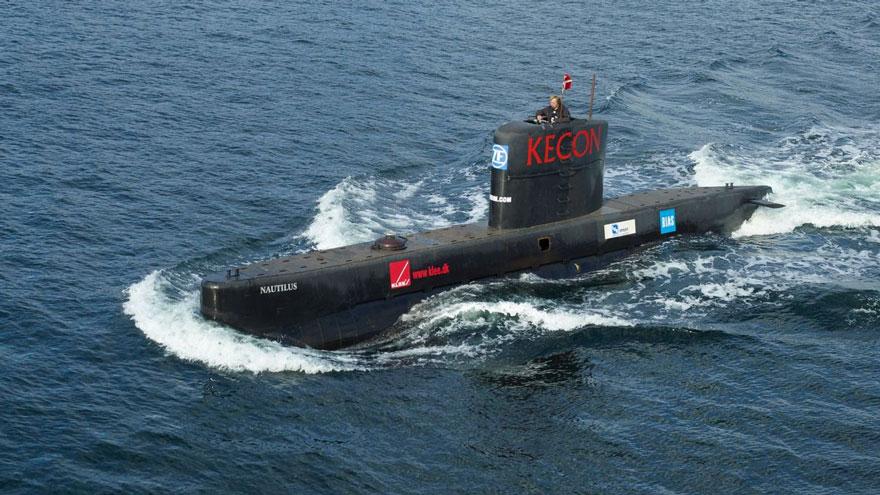 Peter Madsen, who appeared in a Copenhagen court on Tuesday, testified that Wall was hit in the head by a 155-pound metal hatch and fell, the DR account said.

According to Madsen, Wall was climbing to the top of a platform where he was holding the hatch. He slipped and lost his grip on the hatch, which then hit her on the head, he said.

In his first public remarks since Wall's death, Madsen, 46, told the Copenhagen City Court that Wall was badly injured and probably dead.

He said he panicked and thought about suicide before deciding instead to dump her body at sea and sink the submarine.

Wall, 30, disappeared after boarding Madsen's homemade submarine on August 10 for a story. She was last seen standing with Madsen in the tower of the submarine after taking off from the Copenhagen harbor.

The submarine was found about 15 hours after it had departed Copenhagen, on August 11. Madsen was rescued from the sinking vessel and brought ashore, but there was no trace of the missing journalist.

Police picked him up on the shore. Madsen was later arrested and jailed on suspicion of killing Wall. A preliminary hearing took place August 12, when a judge ruled Madsen be held on a charge of involuntary manslaughter.

Madsen originally claimed he had dropped Wall off on land on the night of August 10, according to a police statement.

Police revealed some days later that in the August 12 preliminary hearing, Madsen had stated that Wall died in an accident on the submarine and that he tossed her into the water.

Wall's headless torso washed up on an island on August 21 near Copenhagen and investigators were able to match blood in the submarine and torso.

In the second hearing Tuesday a proceeding known in Denmark as a court meeting was held to determine whether Madsen should remain in prison.

Prosecutors argued that the discovery of the torso and the blood match bolstered their arguments that Madsen murdered Wall.

The charge sheet says Madsen cut Wall's body into pieces, punctured her torso and tied pipes to it to make it sink to the bottom of the sea.

Prosecutor Jacob Buch Jepsen attacked Madsen's account, pressing the inventor to admit that he had sex with women on the submarine.

Madsen denied having sex with Wall, DR reported. Under questioning from Jepsen, Madsen said he had tied a nylon rope around Wall's waist before dumping her body, but he denied tying pieces of metal to her, DR reported.

Madsen denied having a saw on his vessel when Wall accompanied him. The judge remanded him in prison for four more weeks, until October 3, on suspicion of murder and interfering with a corpse.

As the legal process continues, Madsen could be released, further remanded -- or could be formally charged and go to trial. If he is charged with murder and convicted, he faces a sentence of five years to life.