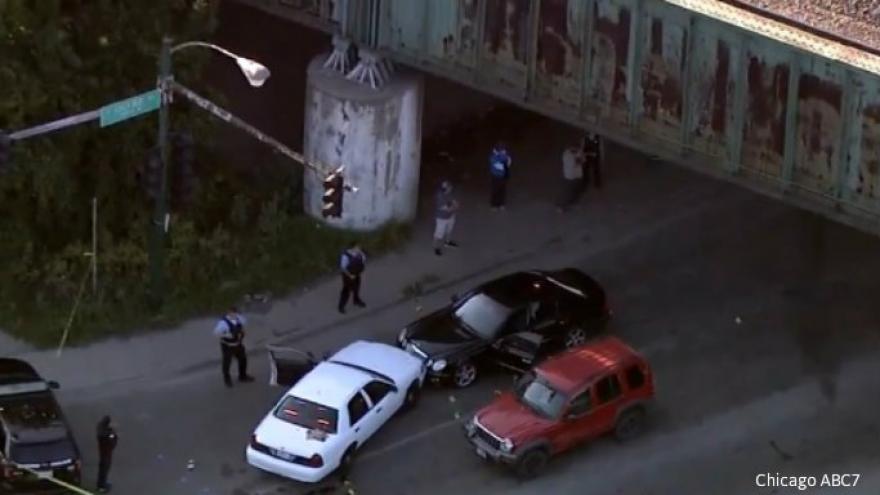 CICERO, Ill. – A Cicero police officer was shot after attempting to pull over a suspected stolen car near the Cicero Avenue exit of I-55. According to Cicero police, he is stable.

Police do have the suspect is in custody, according to our Chicago affiliate ABC7.

Cicero police said officers were attempting to pull over a car that was reported stolen and had California plates.

The driver hit the officer four times and attempted to flee the scene, according to Cicero PD.

Police chased and fired on the suspect, as well as a Good Samaritan who had a concealed carry license.

Police said the suspect was hit once and taken to an area hospital in serious condition. They are unsure at the time if he was hit by an officer or the Good Samaritan.

The officer who was struck four times is unidentified and was taken to Mt. Sinai Hospital. He was the only officer injured.

This is a case being investigated by Chicago PD and Illinois State Police Public Integrity Office.