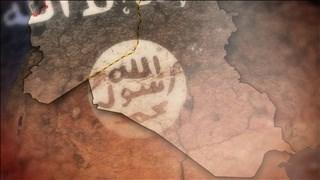 At least one huge explosion carried out by a suicide vehicle hit buildings belonging to a Kurdish security agency and other administration buildings, the UK-based Syrian Observatory for Human Rights said.

The group said 37 people died, but state-run Syrian Arab News Agency said at least 44 people were killed in the northern city of Qamishli.

It said a suicide bombing by a truck rigged with explosives detonated at the Kurdish military and security headquarters, killing "more than 100" and wounding dozens.

The terror group has claimed responsibility for a spate of terror attacks recently, including one that killed at least 21 people this week in Baghdad, Iraq.

Earlier this month, the deadliest terror attack in Baghdad in years killed nearly 300 people when a suicide truck bomb plowed into a busy shopping district.

This week in northern France, ISIS said its "soldiers" were behind a deadly church attack in which a 86-year-old priest had his throat slit. One of the two suspects in the attack was known to anti-terror authorities after attempting a trip to Syria, a French anti-terrorism prosecutor said Tuesday.