SOUTH BEND, Ind. – What is the significance of a rare 90-degree day in October? This would-be outlier is another data point showing the fact that summer heat is lasting longer into the fall season. 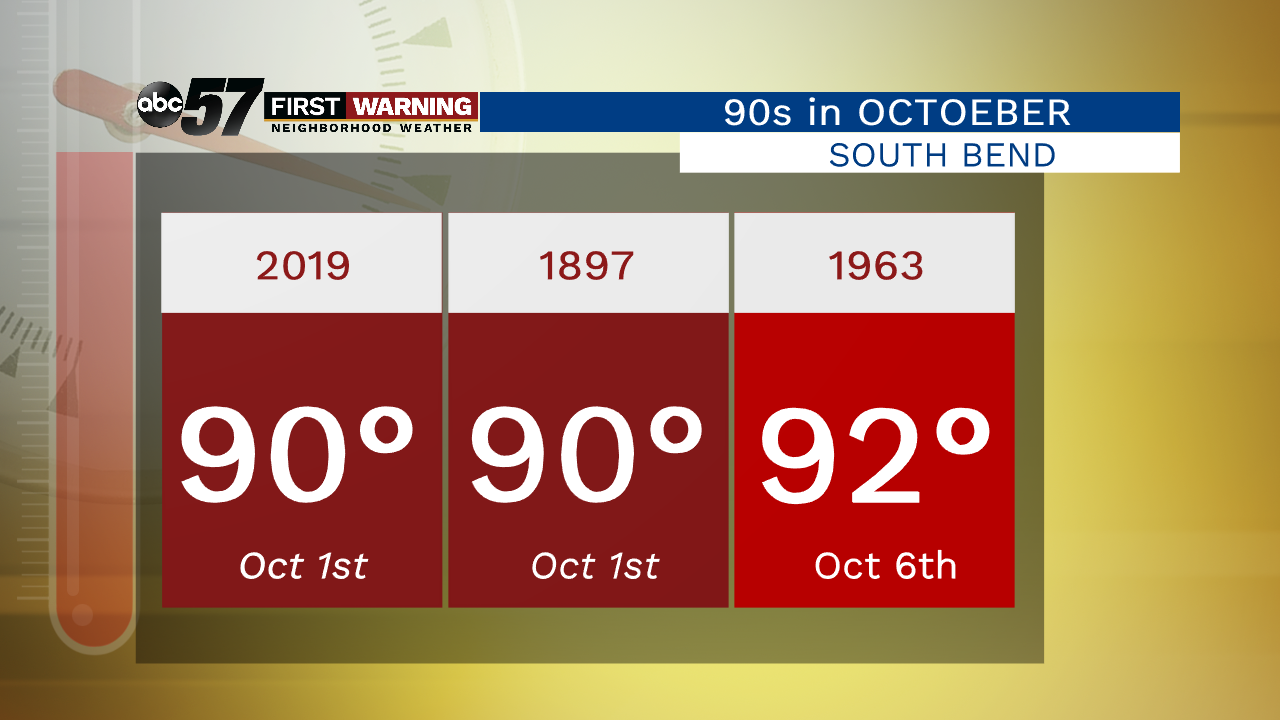 There have only been three 90-degree days recorded in South Bend since records have been kept, dating back to 1893. So what can be discerned from this data? Posts like this usually gain a handful of trivial replies trying to doubt the existence of “global warming.” 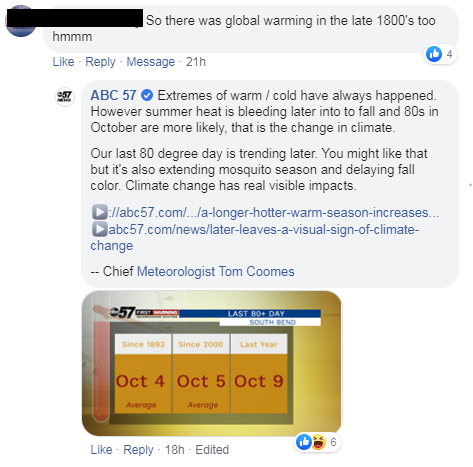 In reality the only conclusion that can be made is that hitting 90 degrees in October is rare. There is no trend in such a small, evenly distributed data set.

However if you look at a more robust group like highs in the 80s, there is a trend: it shows warm weather is lasting longer. A day longer since 2000 may not be significant to you, but look at last year as an example. To move that average later, the results have to get more and more extreme. 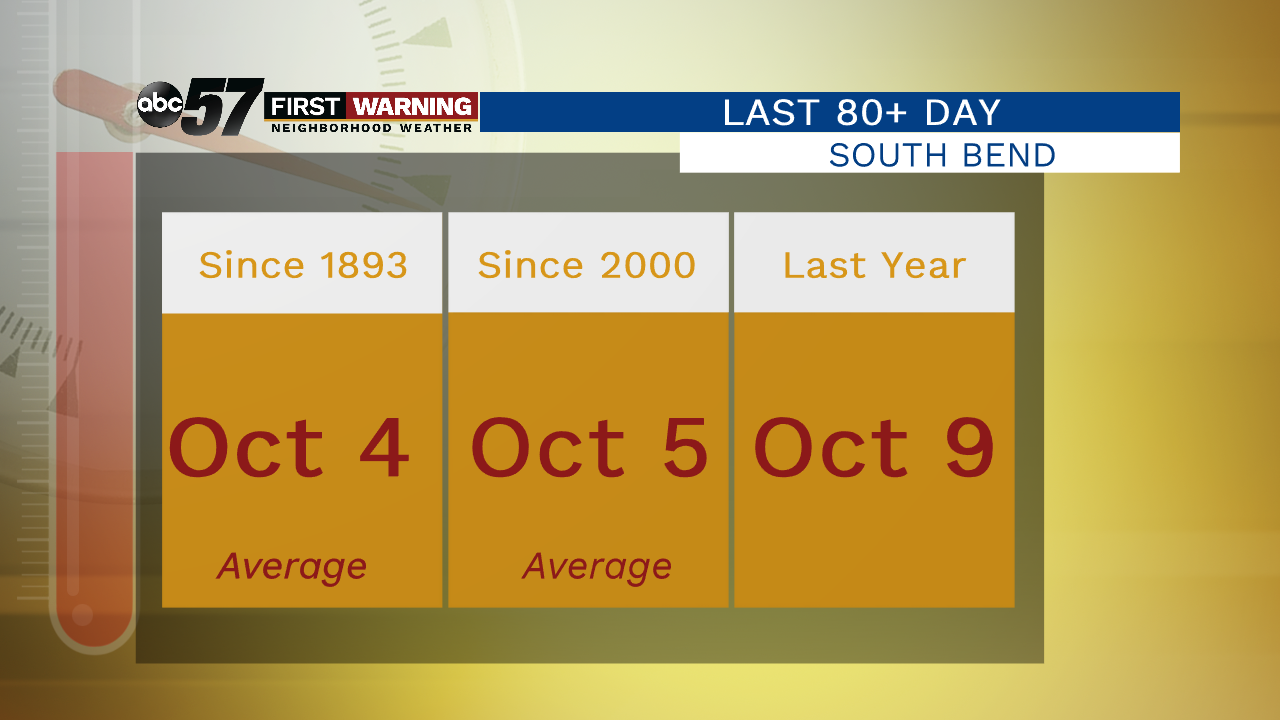 This fall is already showing significance elsewhere. While no major records were broken in September, it did finish in the top ten warmest on record. 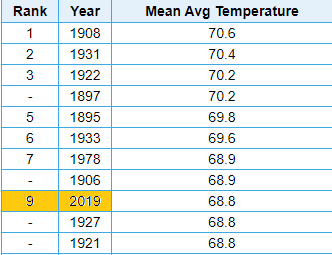 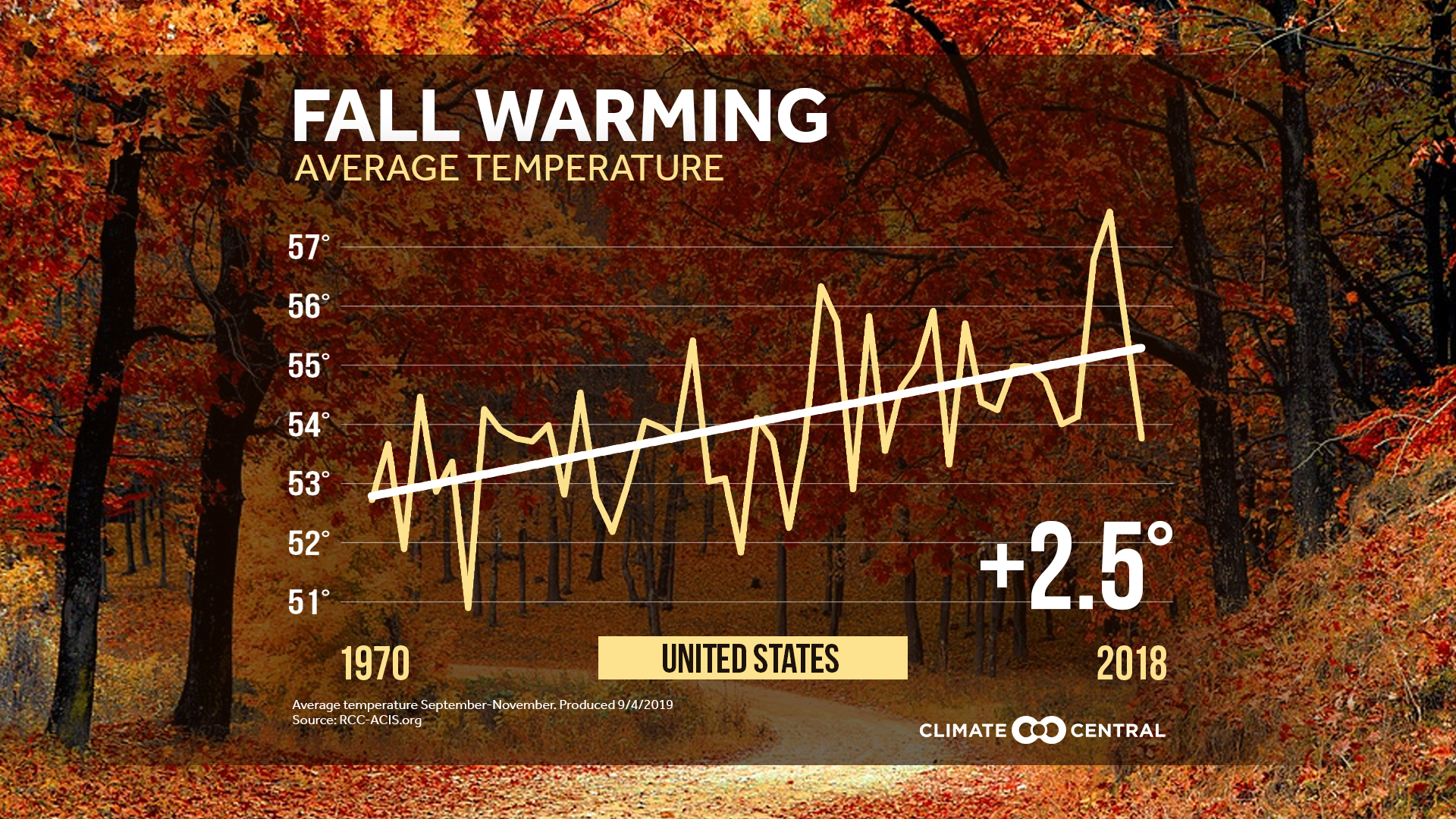 Locally, this trend is not reflected when looking at the same data set. 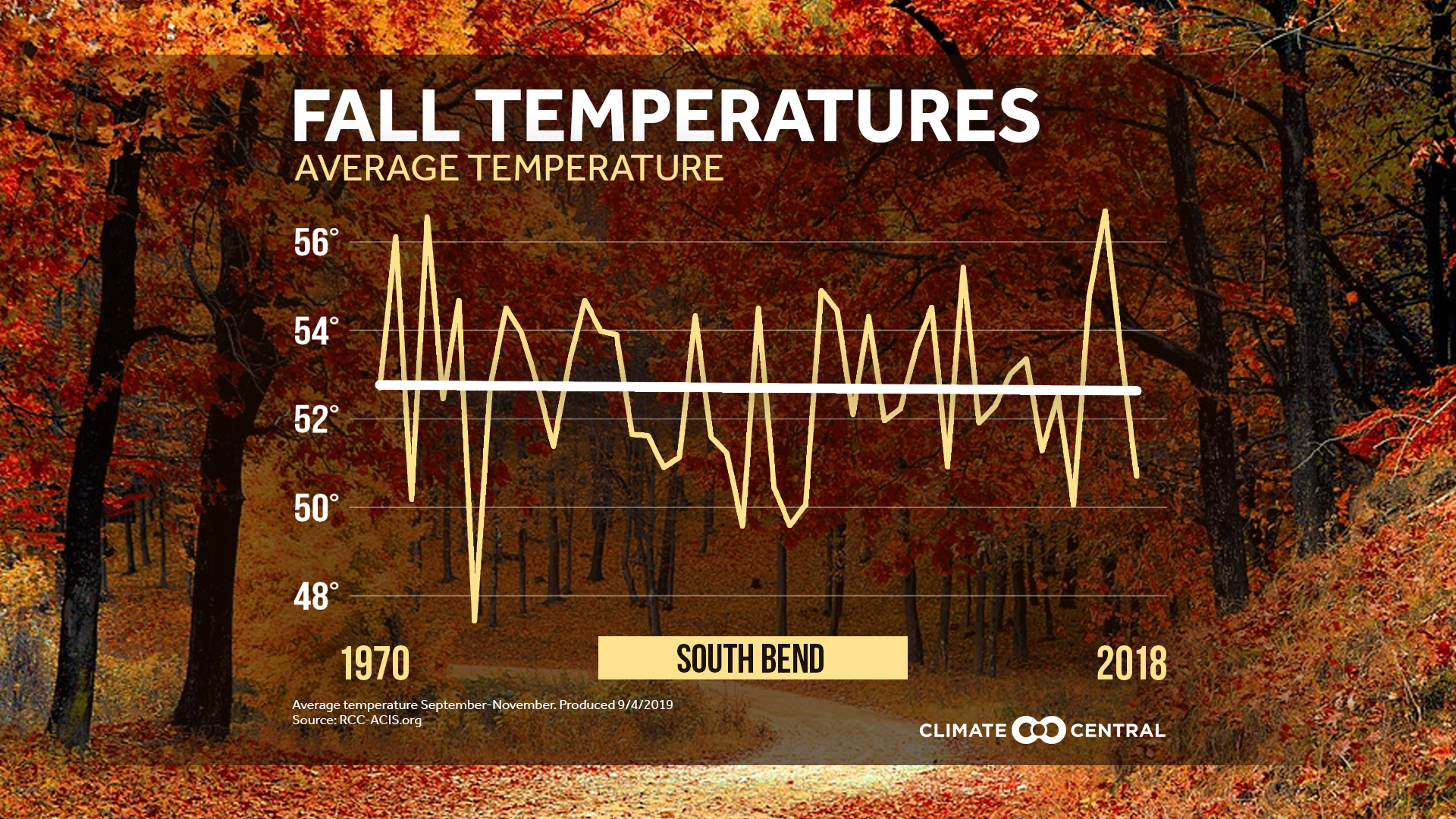 So is this good news? Is South Bend not seeing any warming? The short answer is, no.

The entire fall season, September to November, may not be noticeably warmer, but when you focus on half the fall season, September 1st to October 15th over the same period, warming is evident. This reinforces the trend that summer warmth is lasting longer. The second half of fall is just as cold (or colder) than ever; that maintains the average for the season as a whole. We’re just not seeing that warmth last as much into November, yet.

This is not surprising, as this continues to support predictions by climate scientists that the climate is warming and will continue to warm.

So why should you care? You might prefer warm weather over colder weather but so do other organisms, such as mosquitoes. A longer, hotter warm season increases the risk of EEE transmission.

Another trend is the later arrival of fall colors and leaves staying on the trees longer. 2019 will likely continue that trend. 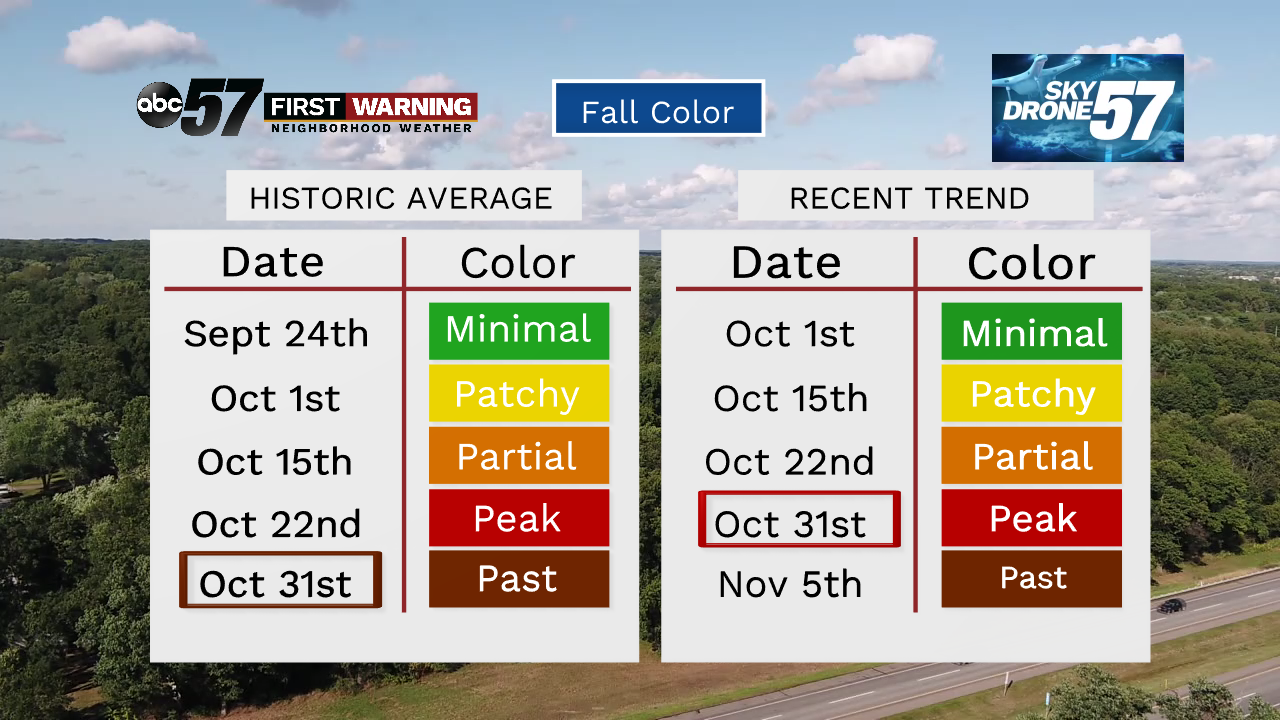 Some changes are more visible, some are more inconvenient or hazardous but there are noticeable impacts. This does not mean the world is coming to an end but there is an impact. That impact may prompt adaptations such as annual mosquito spraying, a cost to local tax payers or the inability to collect leaves as quickly before the first snowfall.