Superintendent addresses concerns after half-pound of pot found in school 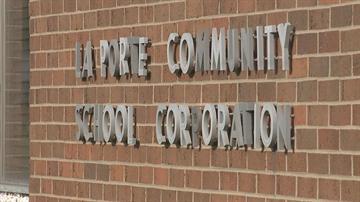 According to a report from the La Porte County Sheriff’s Department somebody tipped off the school’s principal that an 8th grade student had pot in his locker.  A deputy found 228-grams of weed and the 13-year-old student is now facing a class “D” felony charge.

“Anytime you've got drugs that are found in your school it's a concern, but certainly with that amount it was a little more alarming than normal because of the quantity," Dr. Montgomery explained.  “It is rare, typically what we find is just something that may be in someone’s pocket, very small amounts and so it was definitely different and surprising but it’s something that we’re going to deal with.”

When news about the incident got out on Tuesday, parents said they were concerned that the school corporation hadn’t alerted them about the bust.

“Anytime we have a situation that we have to have discipline dealing with a student, that’s confidential, we don’t talk about how we discipline kids,” Montgomery described.  “We always keep a couple of things in mind, what's best for that particular child but also what's best for our schools in general so we have to weigh those things and balance those two things."

As far as problems of drugs in schools Montgomery said that compared to last year, there have been fewer incidents so far this year.  For the past year the corporation has operated anonymous phone hotlines that students can use to report problems.  Also, last week the first meeting of a new anti-drug taskforce was held.

Though the Friday’s incident was troubling, Dr. Montgomery said it also showed that the system for reporting and dealing with drug issues in the corporation was working.

“Certainly we can only act on things that we know about so that's one of the things that we're most proud of,” he described.  “That we had a student come forward with a concern and we were able to investigate it promptly and deal with it."

Any concerned parents with question or members of the community who want to become involved in the anti-drug taskforce are invited to contact Dr. Montgomery.