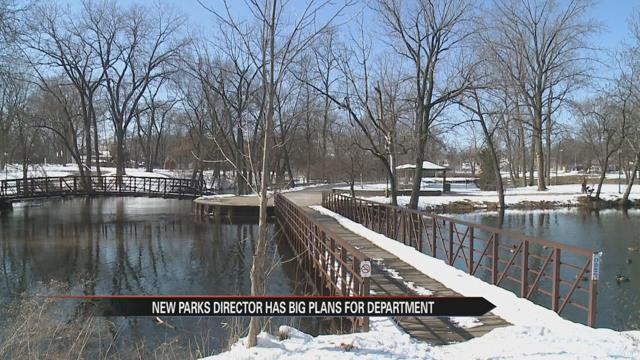 “We want to be receptive of new ideas new festivals new ideas so that people have a buy in and they feel real proud of their parks,” says Clyde Riley, the Superintendent of the Elkhart Parks and Recreations Department.

Riley is just three days into his new position as the Superintendent of the Parks and Recreations Department.

He was the previous director of Tolson Center which is now under the parks department.

“First of our priorities are that we want to make sure that our parks and beautiful and well maintained,” says Riley.

Riley says the department is hiring four park rangers to keep an eye on the parks preventing some of the issues seen last year.

In 2015 High Dive Park experienced vandalism, littering, and even the dumping of furniture.

Riley says he wants the citizens of Elkhart to take pride in their community.

“We will have neighborhood associations adopt a park and they will have a certain season to keep it clean,” says Riley.

On Friday the newly finished river walk didn’t have many visitors but Riley says he needs your ideas to make the parks lively again.

“We want to tip the scale a little bit in our community and do some things that are different and fun,” says Riley.

In the mean time you can contact his department with your suggestions.