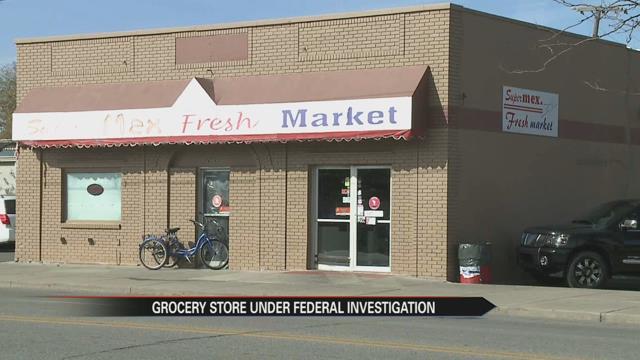 On Wednesday two men accused of running a large-scale cocaine ring in Elkhart were in federal court in South Bend to answer to those allegations.

Omar Loza and Aurelio Cervantes were in court for their arraignment and detention hearing and both pleaded not guilty.

They are facing various charges including conspiracy, racketeering, and possession with intent to distribute cocaine.

Last week ABC57 news and our reporting team at The Elkhart Truth – first told you about Supermex Fresh Market in Elkhart being searched on a federal warrant.

Six people including Aurelio Cervantes and Omar Loza were indicted in an alleged cocaine distribution ring that stretched to Columbus, Ohio.

Cervantes pleaded not guilty and a trial date was set for December 8th.

Loza also pleaded not guilty and his trial is also scheduled for December 8th.

Loza will be detained until early December.

ABC57 did not get a chance to speak with Cervantes’ lawyer because he held an extensive meeting with the family after the hearing.

Milner says the future court dates are tentative. He adds that with six people involved in the case, he does not think they will go to trial until either spring or summer of 2016.