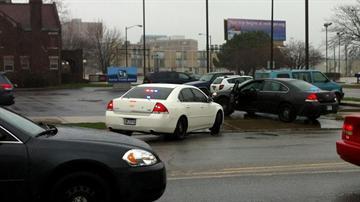 South Bend Police say the suspect entered the bank around 1 :10 p.m., showed a pistol and demanded money from the teller.

After receiving some cash, the suspect left the bank in a northeasterly direction.

The suspect is identified as a black male in his 20s, 6'2" with a medium build and dark complexion. He was wearing blue jeans, a navy blue hooded sweatshirt, a red and white ball cap with a Major League baseball logo and possibly a Mexican flag on the brim.

He may have gotten into a mid-sized light sedan.