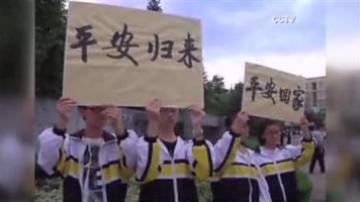 CCTV is reporting that 31 students and teachers from a middle school in East China were reunited with family and friends Sunday. They were headed to a summer camp when the plane crashed.

Two victims were students from the group.

A third little girl, who was previously in critical condition, died from her injuries on Friday.