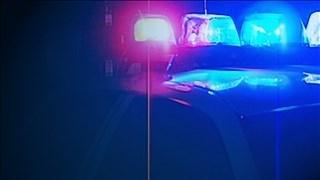 Michigan City Investigators successfully arrested a suspect in the shooting death of a 26-year-old man Saturday.

Police say shots were fired from one vehicle into anther moving vehicle which led to 26-year-old Wade Hatcher being shot.

A citizen drove Hatcher to the Emergency Room where he later died as a result of his injuries.

About six hours after the shooting, investigators located multiple suspects in the investigation.

The investigation continued throughout the weekend with several interviews. The case was then detailed to the Honorable Judge Michael Bergerson who found that the probable cause existed to charge 28 year-old Kersee Anderson on one count of Murder and the second count of Serious Violent Felon on Posession of a firearm, a level 4 felony.

Detectives are still working to determine a motive for the shooting.

Anyone with information about this case is encouraged to contact Detective Sergeant Ken Havlin at 219-874-3221 Ext. 1078.