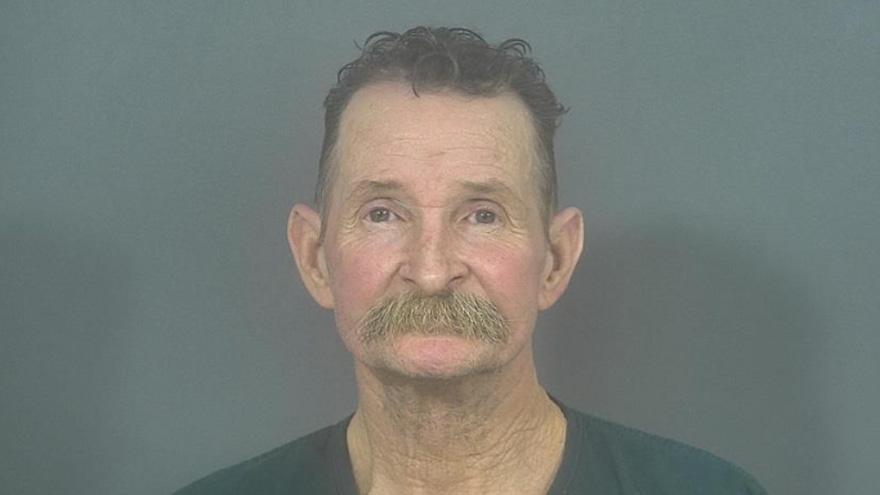 SOUTH BEND, Ind.—A 67-year-old man has been charged with torturing or mutilating a vertebrate animal after he allegedly beat a dog with a hammer, according to the St. Joseph County Prosecutor’s Office.

On February 18, officers with the South Bend Police Department were called to the 200 block of East Altgeld regarding a report that a dog had been beaten with a hammer and buried in the snow.

Officers arrived to the home and approached the backyard.

One of the officers noticed something covered in snow that possibly had fur, reports said.

The officer entered the backyard through an open gate and heard a dog whimper.

After the officer brushed away the snow, he found a small dog that had blood coming from its head, reports said.

A neighbor reported to police that he saw his neighbor, John Hill, exit his back door and drop a small dog into a snow bank, court documents said.

The neighbor said that Hill went into his home and came back outside with a hammer at which point he began hitting the dog, court documents said.

Hill went back inside, returned and hit the dog again, court documents said.

Hill then kicked snow over the dog and went back inside, according to the neighbor.

An officer was able to spot a vehicle matching the description the neighbor gave of Hill’s vehicle on Calvert Street.

Police then located Hill and placed him under arrest, court documents said.

Hill told police the dog was sick and having seizures and that he “didn’t have a gun, so he hit the dog with a hammer once,” before leaving for work on Calvert Street, according to the probable cause affidavit.

The dog was taken to a local animal hospital.

Staff at the animal hospital told police that the dog had a fluid-filled abdomen from unknown injuries and a brain injury, court documents said.

The officer also noticed a “hammer indentation” near one of the dog’s ears, reports said.

Police said on Thursday that the dog had to be euthanized.

Hill, 67, is being held in the St. Joseph County Jail without bond. He faces a charge of torturing or mutilating a vertebrate animal, a level 6 felony.

UPDATE March 2022:  At trial, Hill was found not guilty of torturing or mutilating a vertebrate animal.