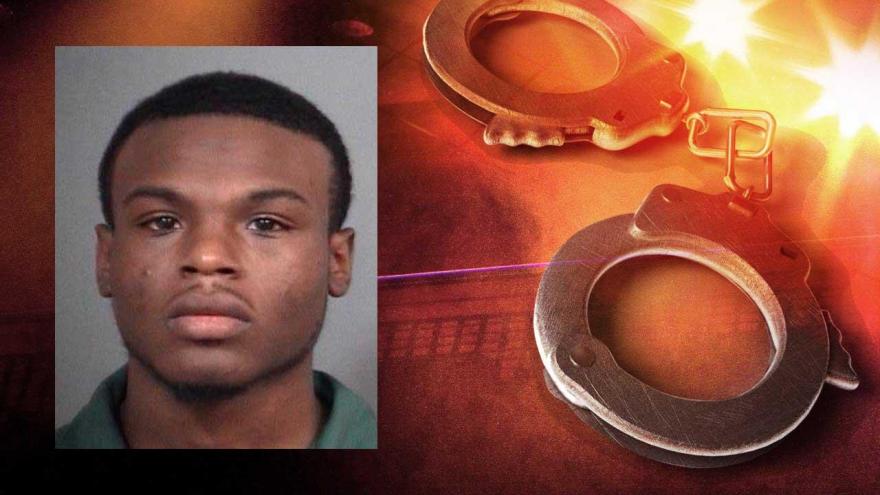 The man suspected of killing 19-year-old Anthony Mobley and shooting Jamal Mobley has been formally charged, according to the St. Joseph County Prosecutor's Office.

Tabais Davis has been charged with murder and attempted murder.

Davis turned himself in on Monday afternoon.

He has been ordered held without bond. He will be arraigned on Tuesday.

On April 30 at approximately 4:11 a.m., officers from the South Bend Police Department were dispatched to the 100 block of S. Logan Street.

When they arrived, they located a man lying on the lawn of a home with gunshot wounds.

Despite attempts at resuscitation, the man, Anthony Mobley, was pronounced dead at the scene.

Anthony was on the ground next to a running vehicle parked in the driveway of the home, police said.

A witness inside the home said she had a male guest, identified as Tabais Davis, who she went to school with and previously dated.

She told police when Anthony knocked on the door, she and Davis went upstairs.

Anthony allegedly forced his way into the home and went upstairs. He had an altercation with the female and Davis, then left the home, police said.

Davis went outside and fired multiple shots at Anthony.

Anthony's younger brother, Jamal, was waiting in the car.

When Jamal heard the gunshots, he got out of the car and ran south on Logan, according to police.

While he was running away, he realized he had been shot in the shoulder. He was treated and released at the hospital.

During Anthony's autopsy, investigators learned he had been shot in the back 5 times and in the hand once, according to the probable cause affidavit.

Police believe 12 shots were fired, all from the same gun.