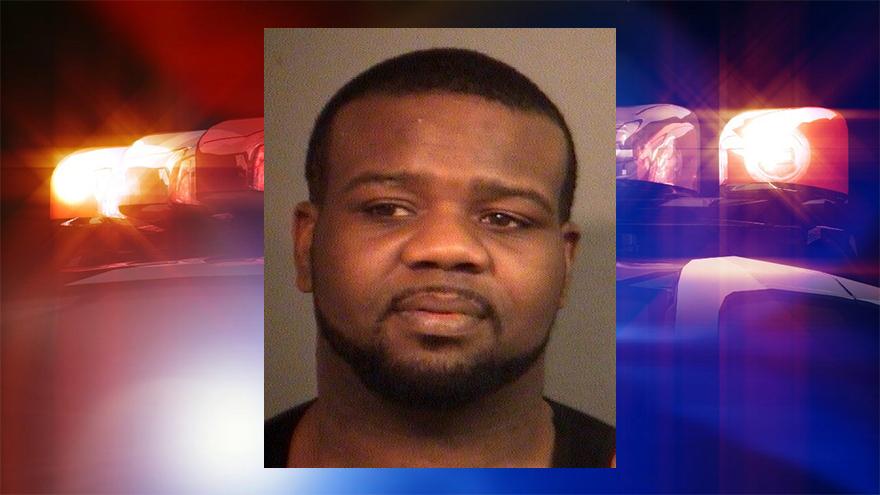 ST. JOSEPH COUNTY, Ind. -- Charges have been filed against a suspect in the murder of Joshua Flinn at the Phillips 66 on Saturday, according to the St. Joseph County Prosecutor's Office.

Raymond Dotson Jr, 34, has been charged with one count of murder.

A few hours after the shooting, the investigators released surveillance photos of two men who were at the convenience store at the time of the shooting.

After the pictures were released, Dotson's companion came forward and spoke with police.

Dotson's friend identified Dotson as the shooter, which matched information received from other sources, according to the probable cause affidavit.

The friend told police he and Dotson had gone to a club in Elkhart, then returned to South Bend.

When they went into the gas station, the friend went to buy some cigars when he heard Dotson and a stranger, later identified as Flinn, get into a verbal altercation, reports said.

As the friend looked to Dotson, he saw both Dotson and Flinn reaching for their waists, reports said.

The friend convinced Dotson to let it go and leave the store.

Flinn fell to the ground and Dotson got into his car and drove away, reports said.

While giving Flinn CPR, officers removed a brown and black "air soft" toy gun from Flinn's pants, according to the probable cause affidavit.

Dotson has not been taken into custody. If you have any information as to his whereabouts, please contact the County Metro Homicide Unit at 574-235-5009 or Crime Stoppers at 574-288-STOP.
Share this article: