Suspect in Coloma double murder back in Michigan 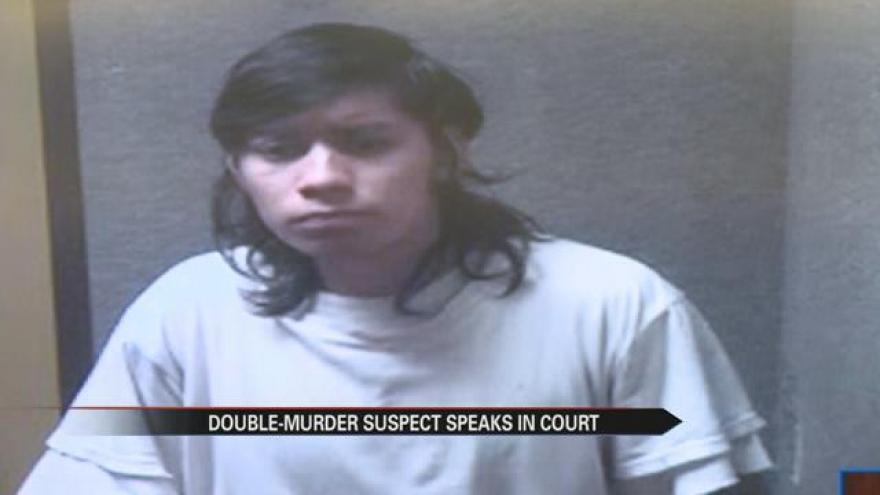 BERRIEN COUNTY, Mich. - The suspect in the murders of 27-year-old Renee Mitchell and 67-year-old John Mitchell in January has been brought back to Michigan.

Alex Perez made his first appearance before a Berrien County judge Friday afternoon, nearly three months after police say he killed Renee Mitchell, the mother of his two children, and her father, John Mitchell.

Perez spent the last few months in a Colorado jail waiting to be brought back to Michigan. Police had found him with his two young children in Colorado one day after Renee and John were found dead inside their Hagar Twp. home.

After the judge read aloud the two 1st degree murder charges Perez faces, the father of two spoke up.

"At the moment, I would like a court-appointed attorney," Perez said, his voice quiet.

The judge then read aloud the bond recommendation from a pre-screening officer who had met with Perez before Friday's arraignment.

"Actually, this is the highest recommendation I've ever seen from him," the judge said. "He recommends $5 million."

Two of Perez's siblings attended the hearing, and they spoke out after it for the first time.

They said their brother's relationship with Renee was toxic.

"They had a lot of problems," Pedro Perez said. "She liked going, they liked going to raves...that's originally how they met...through raves."

Pedro said he believes his brother did not commit the crime.

"I don't believe he did," he said. "And if he did do this right here, this is because of a lot things that had occurred to him. You know, she killed him mentally. My brother was not the same."

And Laura Perez said this entire situation has been nothing but difficult.

"This is not a win and lose situation," she said. "We both lost here. We're so sorry for her family, but we lost as well. There's only two kids in the middle that we're hoping the best for."

There were no members of the Mitchell family in attendance Friday that we know of. They have not yet spoken out.

Alex Perez faces a maximum of life in prison without parole for each count of murder if he is convicted.