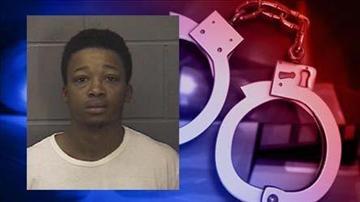 ELKHART, Ind. -- The suspect in the shooting death of Eddie Johnson on April 30, 2013 was arrested in Marion County, Indiana on Monday morning.

Leeshawn Rodgers was arrested on a murder warrant.

On April 30 at 4:21 p.m. Elkhart Police officers responded to 6th and Cleveland in Elkhart in reference to a shooting.

A man had been shot and was taken to the hospital by bystanders. He later died at the hospital.

The victim was identified as 34-year-old Eddie Johnson.