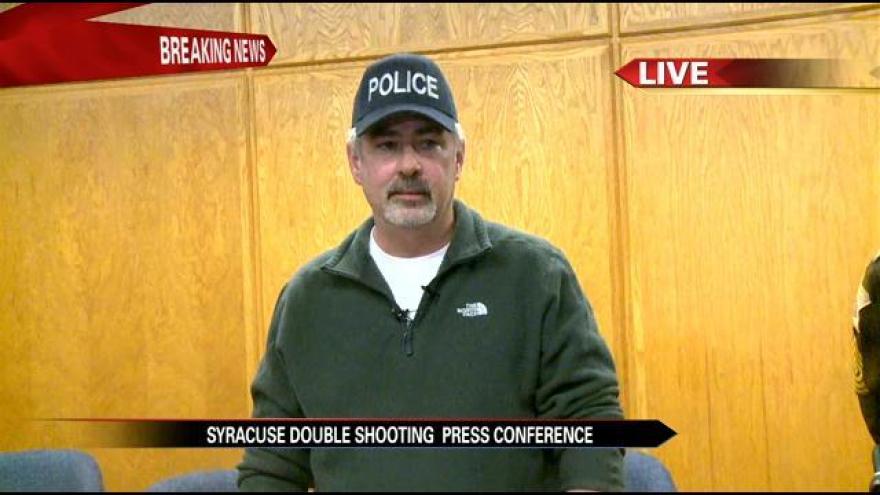 Police are investigating a double shooting in Syracuse that left one person dead and another injured.

The suspect, 22-year-old Brandon Thomas Woody, was taken into custody Thursday afternoon on two warrants. He is facing one count of murder and one count of attempted murder.

"This afternoon shortly before 3, we had received information, that the suspect, Mr. Woody, that we actually had warrants for murder and attempted murder that were actually obtained. He actually has been located and is in law enforcement custody at this point in time,” said Sergeant Chad Hill of the Kosciusko County Sheriff's Department.

According to the Syracuse Police Department, the double shooting happened around 12:30 Thursday morning in the 200 block of Main Street.

Police say three people lived at the home and say a man and woman in a relationship were home at the time of the shooting.

Tara Lynn Thornburg, 23, was found on the first floor with a gunshot wound to the head.

She was airlifted to Lutheran Hospital in Fort Wayne in critical condition.

Police say a 19-year-old Joshua Randall Knisley was found on the second floor and died from a gunshot wound to the head.

Syracuse Police along with the Kosciusko County Sheriff's Department and Indiana State Police are continuing to investigate.

Woody has been in trouble with the law since he was 16 years old and was arrested a total of 5 times, including a home invasion.

On Facebook, Woody denied involvement in the shootings. Several people took to his page "Cash Flow" and accused him of committing the crime. He said "I wasn't involved" in one post and "I'm going to talk to them, IDK why my name is in t his but I'll fix it" in another post. [Click on screenshot above to magnify image]