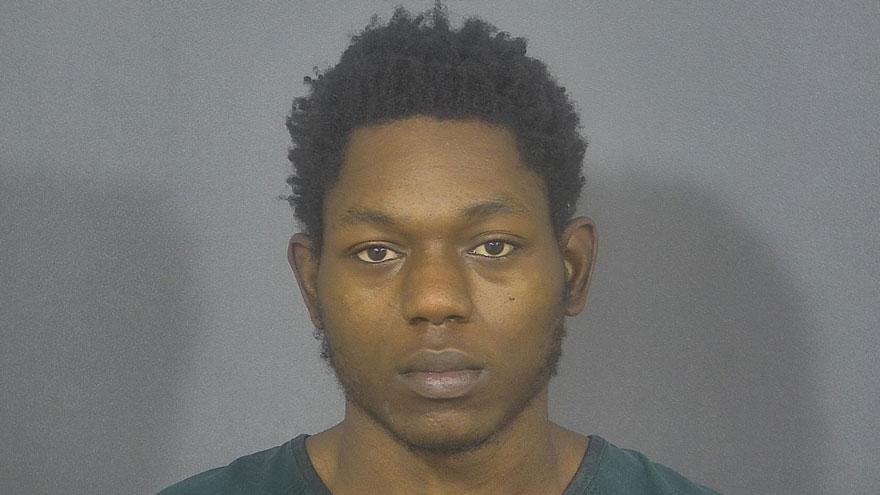 ST. JOSEPH COUNTY, Ind. -- A man has been taken into custody for allegedly aiding in the armed robbery of the EZ Stop on Laurel Street in July 2018, according to court records.

On July 1, 2018, Mishawaka Police were dispatched to the EZ Stop to investigate an armed robbery.

The clerk told police two men, one armed with a gun, entered the store, jumped the counter and took the cash register drawer, according to the probable cause affidavit.

The man with the gun demanded the clerk's cell phone, but he refused, reports said.

The suspects then fled the store.

One of the suspects dropped a Hawaiian Punch can and a rope near the door. Both items were collected as evidence, reports said.

The entire incident was captured on surveillance video, police said.

On July 6, 2018, a detective posted still photos of the suspects on the Mishawaka Police Department Facebook page.

Within a few hours he received tips suggesting one of the suspects was Vernon Johnson III.

The clerk was unable to pick Johnson out of a photo array, reports said.

On August 9, Johnson went to the Mishawaka Police department to give a DNA sample and speak with detectives after he learned there was a warrant for his DNA, reports said.

During the interview Johnson allegedly admitted to the robbery.

He told police the gun wasn't real and he threw it out after it broke, reports said.

He refused to name the other person in the surveillance photos.

Johnson was charged with one count of aiding, inducing or causing armed robbery in August 2018. He was arrested on the charges on July 26.