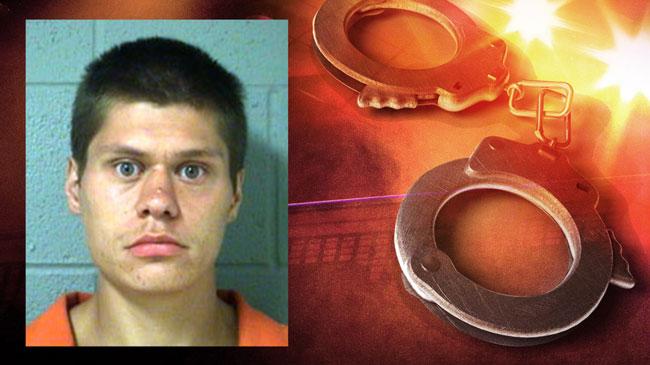 Dowagiac Police have arrested a man they say is a suspect in three home invasions that happened between September 7th and 12th.

The first incident happened on September 7th at approximately 2:53 p.m. at a home in the 400 block of Orchard Street.

Officers were told the residents were out of town and the caretaker noted the home had been broken into overnight.

Several rifles and shotguns were taken, along with other property.

A short time later, police were called about a person entering a wooded area near Percy Street pulling a trash dumpster.

While checking the area, Dowagiac Police located the stolen property from the Orchard Street residence, according to police.

The second incident happened on September 8 at approximately 10:31 a.m. at a home in the 300 block of Oak Street.

The resident told police they left the home for an hour and returned to find it had been broken into. Several items had been damaged or stolen.

Officers spoke with several witnesses who provided a description of a potential suspect in these cases.

The suspect, Brett Adam Gibson, 20, was located during the afternoon hours of September 12 and he was taken into custody on an outstanding warrant from Berrien County.

Police said the Gibson confessed to the home invasions. In addition, they located stolen property from the Oak Street residence on Gibson.

After Gibson was arrested, the resident of a home in the 200 block of Florence Street contacted police to report the theft of items from their home.

Police said Gibson was in possession of items from the Florence Street home when he was arrested.

Gibson allegedly confessed to this home invasion as well.

Gibson was taken into custody on charges of home invasion and lodged at the Cass County Jail.

He is also considered a habitual offender.

Gibson was arraigned on Wednesday.

His bond was set at $75,000 and is scheduled for a preliminary exam on September 29.