Suspect in murder of infant arraigned in court 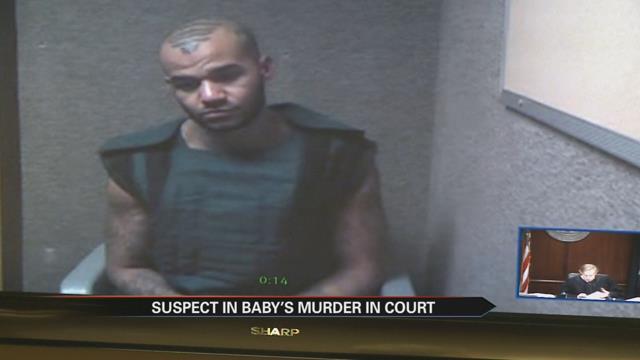 It’s a case police in are calling one of the most disturbing they’ve ever seen.

Friday morning, an 8-month-old baby died from a head injury ruled a homicide in Coloma.

The man accused of killing the infant appeared in Berrien County Court Monday, via video.

Brandon Bershires, of Benton Harbor, is accused of abusing and murdering the infant, Carter Donovan, while babysitting him Friday.

Bershires is not the baby’s father, but was allegedly dating his mother.

During his video arraignment, Bershires adamantly denied murdering the baby.

“This is a really serious charge that I’m not guilty of,” Bershires told the judge via video conference.

But a friend of the victim’s family who accompanied them in court, disagrees.

“A little 8-month-old baby is gone because of that guy, and he went and sat there and lied,” Lilah, a family friend, said.

Bershires is charged with murder, felony murder and child abuse.

Police say he watched Donovan for about 1.5 hours, and when Donovan’s mother returned, something was wrong with the baby.

“The medical examiner ruled the cause of death as a head injury and the matter was ruled a homicide,” Roe said.

Investigators say the tragic case is already difficult for them, but family and friends of the victim say it’s unbearable.

“He’s gone. He was taken away from all of us, and it’s wrong,” Lilah said of Donovan.

Beshire’s bond is set at $1 million.