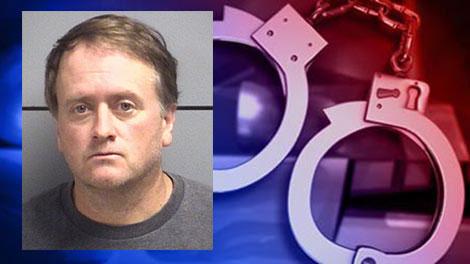 A man already facing charges in the Dollar General store robbery on February 29 has been indicted on four counts of Hobbs Act robbery in federal court.

James Hunley, 40, was indicted for robberies at the following locations in Indiana:

The Hobbs Act prohibits actual or attempted robbery or extortion affecting interstate or foreign commerce "in any way or degree," according to the United States Department of Justice.

Hunley had already been identified as a suspect in the Plymouth robbery.

Hunley was arrested in Tulsa, Oklahoma on March 17.

United States Attorney Capp said, “these violent acts will not be tolerated in our community.  As stated at the last press conference, my Office and our state, local and federal law enforcement partners will continue to utilize all of our resources to apprehend and prosecute these perpetrators.”