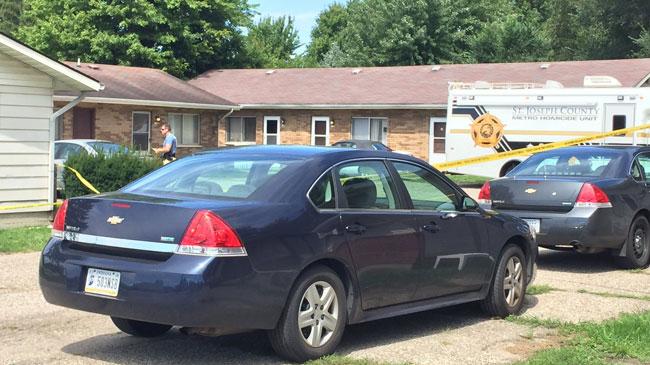 The man who allegedly assaulted his neighbor and surrendered after a standoff Thursday evening has been identified.

Donald Loren Wilson, 42, was arrested on a preliminary charge of aggravated battery.

Mishawaka Police were called to the 12th Street Apartments around 6:40 p.m. Thursday.

Wilson allegedly attacked a female neighbor. Her injuries were life-threatening.

On Friday, Mishawaka Police and the Metro Homicide Unit collected evidence from Wilson’s apartment and the victim’s apartment.

Neighbors are still trying to put the pieces of the puzzle together on what exactly went down.

“From what I heard, she went over there and asked him to turn his music down and that’s what started the whole thing,” said Frank Wallen, a neighbor in the complex.

The situation escalated quickly. Even other neighbors weren’t safe.

“I went back to sleep and next thing I knew I got woken up cause we got evacuated,” said Wallen.

The victim is still hospitalized in critical condition. She has not been identified.