Suspect on the run after police chase 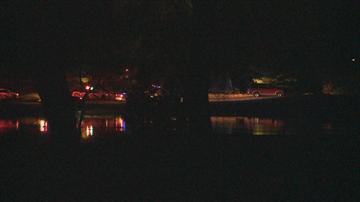 GRANGER, Ind. - The search for a suspect who fled on foot after a police chase had the area around the intersection of Fir Road and Cleveland Road blocked off for around two-hours on Friday night and had residents nearby on edge.

Sometime between 8 and 8:30 on Friday night a Mishawaka police officer began pursuing a suspect from a theft case.  The car chase ended when the suspect pulled off of Grande Vista Drive, jumped out of the red SUV they were driving and ran away.

The Mishawaka Police Department, with assistance from the St. Joseph County Police, searched the area around the vehicle with K-9 units until the search was called off at around 10:30.  As of late Friday night, police have yet to confirm whether the suspect is still on the loose.