Suspect under investigation in Champs-Elysees attack 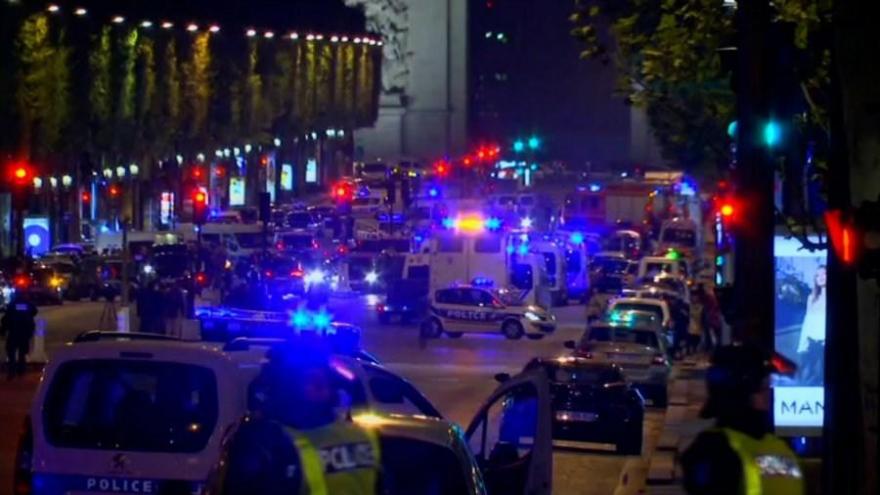 PARIS (CNN) -- A suspect is under investigation in connection with the Champs-Elysees attack a month ago that left a police officer dead, a spokeswoman for the Paris prosecutor's office said.

Authorities found the suspect's DNA on the weapon that gunman Karim Cheurfi used in the attack, spokeswoman Agnés Thibault-Lecuivre said. Cheurfi was killed by police.

The suspect, whom prosecutors have not identified, faces possible charges of conspiracy in connection with terrorism and possession of type-A weapons, which French authorities don't allow civilians to own, she said.

French police arrested the man Monday in Seine et Marne, on the outskirts of Paris, she said.

One police officer died in the attack after Cheurfi, wielding an "automatic weapon," leapt out of a car and opened fire. He "then ran away, managing to shoot and wound two other policemen," Interior Ministry spokesman Pierre Henry Brandet said at the time. A tourist was also injured.

Cheurfi, a 39-year-old French national with a long and violent criminal record, was shot dead as he tried to escape. A note defending ISIS fell out of his pocket, though authorities had no previous evidence he was radicalized, prosecutors said. He was also carrying the addresses of police stations, they said.

French authorities, including the domestic security service, had begun a counterterrorism investigation into Cheurfi in March, after learning of his mounting determination to establish communication with an ISIS fighter in Syria and Iraq, a source close to the investigation told CNN.