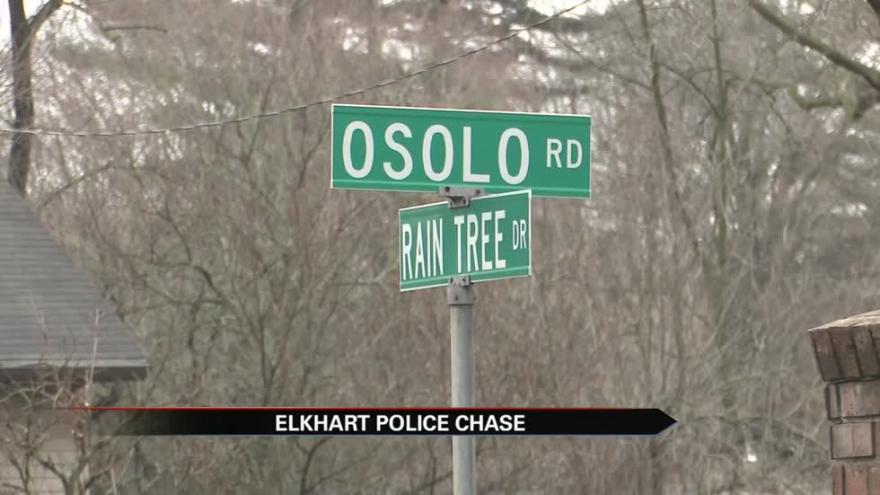 ELKHART, Ind. -- Elkhart Police have released new information about the search for a suspect in the area of Osolo Road and Rain Tree Drive Wednesday morning.

Officers were dispatched to the 700 block of W. Lexington around 11 a.m. Wednesday because of a domestic incident.

The victim told police she had a verbal argument with her boyfriend, 39-year-old Fernando Ugalde Garcia, when he confined the victim and her children in the kitchen/dining room for an unknown length of time, reports said.

The victim said Garcia then forced her to the floor, pointed a gun at the victim and her children and took their cell phones and contents of their pockets, police said.

She broke free and started running towards a phone to call police. She said Garcia fired a shot at her, but missed, reports said.

When the victim called police, Garcia fled the scene.

An officer spotted Garcia's vehicle and he led the officer on a pursuit that ended in the area of Osolo Road and Rain Tree Drive.

Police said Garcia fled into a wooded area east of the intersection.

Officers set up a perimeter and used a K9 unit and drone to search for Garcia, reports said.

Two Elkhart County deputies and an Indiana State Trooper assisted in the search.

Garcia was taken into custody after attempting to flee on a stolen bicycle, report said.