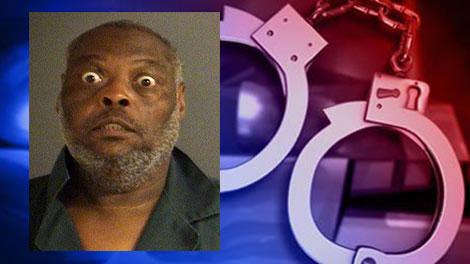 A man accused of taking his ex-girlfriend's granddaughter without permission was in court Monday. Charles Jackson filed motions to continue the trial and withdraw his insanity defense.

Jackson was accused of picking up Anikah Smallwood on September 24, 2015 from a home on Kentucky Street without permission.

The girl's grandmother thought the girl's other grandmother was with Jackson when she allowed Anikah to go with him.

When she learned that was not the case, she contacted police.

Jackson was arrested when he returned to the home with Anika, according to the probable cause affidavit.

Jackson was charged with kidnapping.

The state dismissed the kidnapping charge and filed a new charge of criminal confinement. Jackson's attorney said in the request for a continuance the change in charge is a substantial change and would require a different defense.

In addition, Jackson's attorney requested the motion for continuance because on March 16, Jackson chose to exercise his right to represent himself.

Judge Marnocha approved both the motion to withdraw the insanity defense and the motion for a continuance.