Suspicious behavior, surveillance and a traffic stop lead to arrest 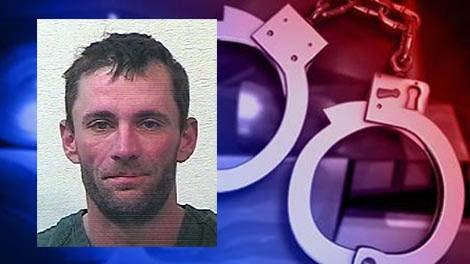 A Paw Paw man is behind bars accused of breaking the law four times over. One of the crimes for which he stands accused - trying to smuggle meth into the county jail.

Van Buren County Sheriff Dale Gribler said Troy Strouse is currently locked up because he failed to appear in a Kalamazoo County court. Strouse, though, could be facing additional charges after detectives found meth on him Monday afternoon.

The Narcotics Unit got a tip that someone had purchased several items commonly used to cook methamphetamine. After doing surveillance, detectives in that unit told sheriff's deputies where to find the suspect's vehicle.

Strouse was arrested and placed inside the Van Buren County Jail on a bench warrant. While inside lock-up, correctional officers found a small vial of suspected meth and a smoking straw on him. Apparently, he'd concealed these items on his person right before the deputy pulled him over.

Additional charges are expected to be filed against him.