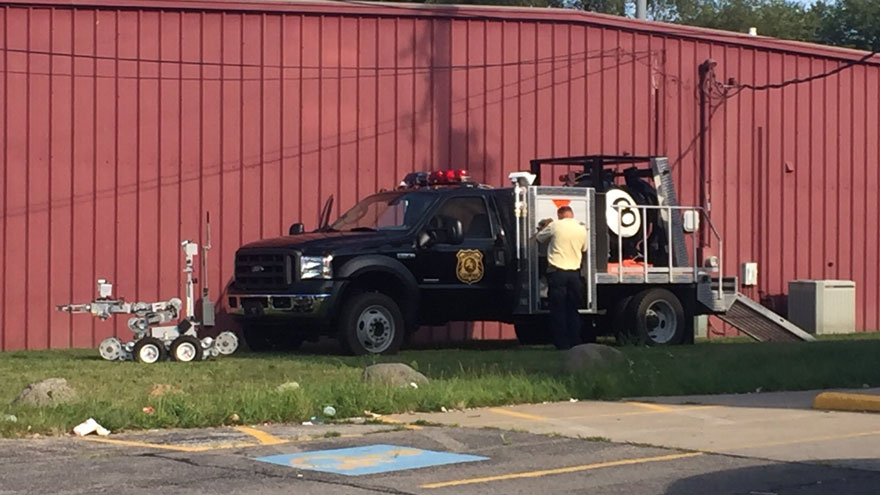 MISHAWAKA, Ind. -- Mishawaka Police and the bomb squad responded to the National Guard Center on Edison Road after a woman took an old grenade to the center.

She walked into the recruiting center and handed the grenade to one of the recruiters around 4:30 p.m. Tuesday.

The recruiter took the grenade outside and contacted police.

The bomb squad responded to the scene.

The bomb squad's robot transferred the grenade into the '8-ball.'

It will be taken elsewhere to be detonated.

Once the grenade was in the '8-ball,' police began clearing the scene.