SOUTH BEND, Ind. --The SWAT situation at a home in the 200 block of S. Chestnut Street has been resolved safely, according to South Bend Police.

The Cass County Sheriff's Department went to the home to serve a felony warrant for sexual misconduct with a minor on Corey Roddy. Deputies heard a gun being loaded and called for backup.

A 13-year-old was also in the home at the time.

South Bend Police's SWAT responded to the scene to assist.

Roddy's sister came to the scene to help bring the situation to a safe resolution.

Roddy and the 13-year-old came out of the house just before 1:30 p.m. Roddy was taken into custody.

Police said it is believed Roddy either lives at the house or in the area. Police originally believed he had a weapon. It was later found that the alleged weapon was a 9 mm replica air soft gun.

The 13-year-old was not injured. 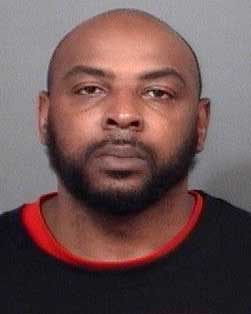 Corey Roddy
Contributions to this story also made by: Melissa Hudson
Share this article: