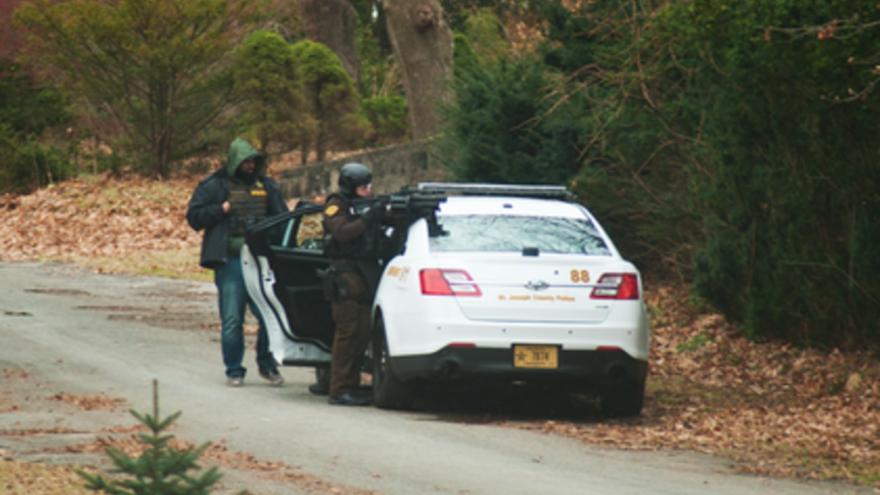 ST. JOSEPH COUNTY, Ind. – The SWAT team was called to a residence in the area of Kenilworth Road and Beechwood Street in South Bend late Wednesday morning after police tried serving a warrant on a suspect, the St. Joseph County Police Department reported.

Police were serving a warrant out of Whitley County when the family of the suspect told officers the suspect said he didn’t intend on cooperating with police, according to reports.

The SWAT team was brought in as a precaution.

The team tried to verbally persuade the suspect to come out of the home but when that didn’t work, the team deployed gas into the home.

The suspect came out of the home peacefully shortly after the gas was released, reports said.

The suspect is now in custody and is being medically checked.