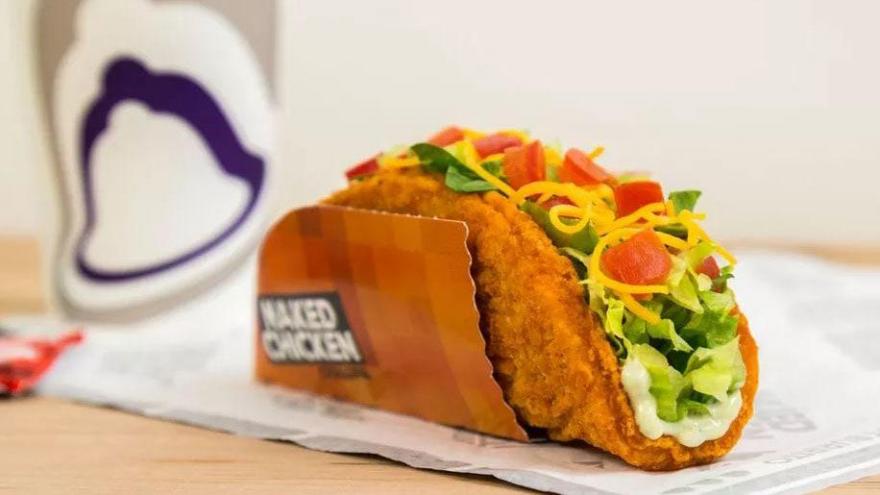 IRVINE, Cal. -- Taco Bell is debuting a new taco with a shell made entirely of fried chicken to a national audience. It's called the Naked Chicken Chalupa.

According to a press release, the shell is made with four ounces of marinated, all-white-meat, antibiotic-free chicken kicked up with bold Mexican spices and seasoning, and is packed with fresh shredded lettuce, diced ripe tomatoes, cheddar cheese and creamy avocado ranch.

The Naked Chicken Chalupa was first tested in 2015 in Kansas City, Missouri and Bakersfield, California where it received positive reviews.

“Something this delicious yet different is bound to ruffle some feathers; some might even cluck their tongues at it,” said Marisa Thalberg, Chief Marketing Officer at Taco Bell Corp. “However, we feel confident that once our fans get a taste of the Naked Chicken Chalupa they are going to understand exactly why this is our next big, fun and craveable innovation, following in the footsteps of the Doritos Locos Tacos five years ago and the Quesalupa just last year.”

The new taco costs $2.99 and will also be featured in a $5 Box along with a Doritos® Locos Taco, Crunchy Taco and Medium Drink.

The Naked Chicken Chalupa will be available everywhere January 26.