Tapped Out fighter shot and killed 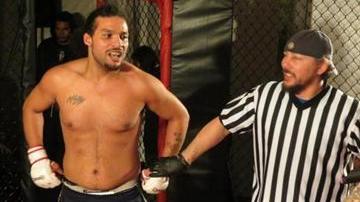 BENTON HARBOR, Mich. - New details have emerged about the man who was shot and killed late Friday night.

According to close friends and his Facebook page Gary Alilovich, 25, of Niles was a fighter with the popular fighting group, Tapped Out.

Scott Penrod with Tapped Out told ABC 57 News that Alilovich was on the ticket to fight in the next competition February 16th.

Penrod said that he and the other members of Tapped Out will work on a way to honor Alilovich that night.

ABC 57 also talked to Alilovich's former roommate who described him as his best friend, a great guy and a father of 3 kids. He said that Alilovich and his girlfriend are expecting a baby boy.

Investigators said Alilovich was shot several times and pronounced dead on the scene.

Jovan Davis was arrested and charged with murder, assault with intent to murder, felony firearm, felon in possession of a firearm and carrying a concealed weapon.

His sister, Ashley was arrested and charged with murder, felony firearm and assault.

Both are being held at the Berrien County Jail.