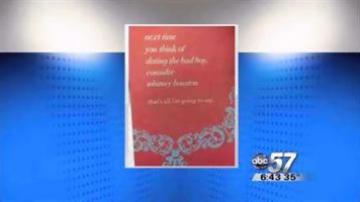 After several complaints, Target has pulled an offensive greeting card off of its shelves.

It says: "Next time you think of dating the bad boy; consider Whitney Houston. That's all I’m going to say."

A Target rep told ABC News that the card was available in stores before Houston’s death and has since been pulled from stores nationwide.