Tattoo parlor may be coming to South Bend 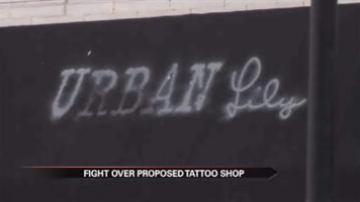 SOUTH BEND, Ind. --  The Urban Lily Art Store in South Bend wants to start putting art of people's bodies by becoming a licensed tattoo shop, but some local businesses and community members do not like the idea.

Common council member Henry Davis Jr. is all for the new business.

"We want the traffic and we need the revenue," said Henry Davis Jr.

"What kind of clientele are you going to be bringing in?" said Dieter. "We just do not want loitering or hanging out outside the shop." .

Davis doesn't think loitering will be a problem.

"Loitering is not a concern. We have a substation downtown, so if there is a situation, there is a police presence to handle it," said Davis.

Dieter asked the art store to knock on doors and businesses downtown to find out if they would welcome the new neighbor.

Wild Style Wings Owner Marchareke Clarke said the area needs refreshed and he thinks the tattoo business may just be the ticket.

"The area definitely needs to be re-energized with new fresh faces.  Bring the younger people back to downtown," said Clarke.

While some business owners said they were not in favor of the proposed tattooing, none of them would go on camera.

Dieter said he isn't against the new shop, he just wants to make sure they are good neighbors.

"We want to see businesses grow, but we also want the businesses that are already established to be happy with the new business coming in," said Dieter.