Tax collectors' phones are ringing. People are lining up. The property tax rush is on. 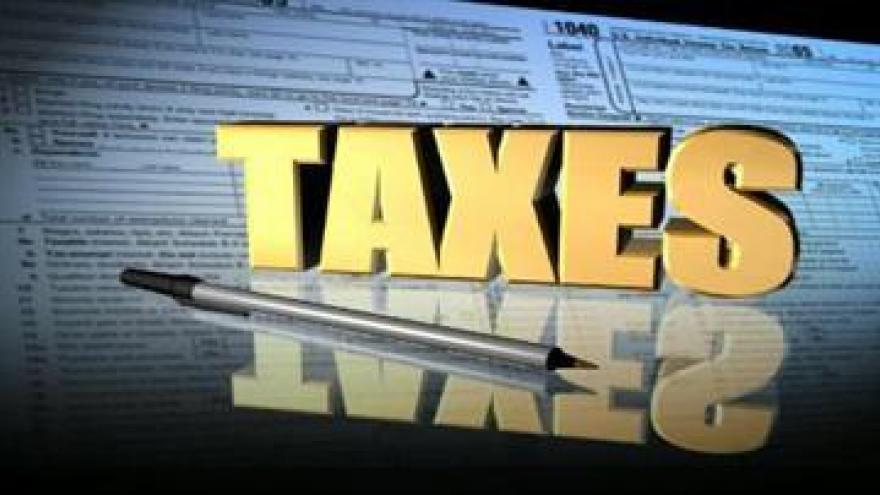 (CNN Money) -- Local tax collectors across the country are working overtime as people line up to pay their property taxes early -- before the new tax plan goes into effect.

"There were people waiting when we got here this morning at 8:30 and we don't open until 9," he told CNNMoney on Wednesday.

Signed by President Trump last week, the legislation limits the amount of money you can deduct for state income, sales and property taxes to $10,000. Currently, the deduction for property taxes is unlimited, and you can also choose to deduct either income taxes or sales taxes.

People in states with high property taxes, like New York, could end up owing more in taxes because of the change.

On Wednesday, the IRS said pre-payments may be deductible if they are made before the end of the year and if the tax was assessed prior to 2018.

Clarkstown is located in Rockland County, where the median property tax bill is more than $10,000, according to the Tax Foundation. It's one of the three counties in the U.S. with the highest property taxes.

Are you pre-paying your taxes? Share your story with CNN Money

The Clarkstown office phone was ringing off the hook, Sweet said, with residents calling with questions.

But Clarkstown taxpayers will have to wait until Thursday to pre-pay, Sweet said. Rockland County first gave its towns the green light to start collecting next year's taxes on Wednesday afternoon, following an executive order issued last week by Governor Andrew Cuomo allowing counties to do so.

Clarkstown will be open two hours later, until 7 p.m., on both Thursday and Friday to handle prepayments. Homeowners will be able to pre-pay their town taxes, usually billed in January, by coming into the office or paying online. A clerk will be able to tell them how much they owe exactly, but residents will not be allowed to pre-pay their school taxes, billed in September, Sweet said.

Many have asked him whether it's worth the trouble. There are a few things to keep in mind, and local officials are encouraging people to talk with a tax preparer since everyone's situation is different.

Pre-paying your taxes could help if you itemize instead of taking the standard deduction, and if you normally claim more than $10,000 in state and local taxes, said James Guarino, a CFP at MFA -- Moody, Famiglietti & Andronico.

Generally, taxpayers who are usually subject to the Alternative Minimum Tax won't benefit from pre-paying their taxes, he said.

Some towns aren't allowing residents to pre-pay their 2018 taxes at all, while others are allowing people to partially pre-pay. Taxpayers in California's Santa Clara county, for example, may only pre-pay the second installment of the 2017-2018 taxes, which is due in April. Any additional payment received will be refunded, a county press release said.

Those who pay their property taxes with an escrow account should contact their mortgage lender to see if the company can pre-pay their taxes for them.