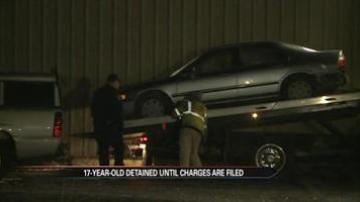 ST. JOSEPH COUNTY, Ind. -- The 17-year-old accused of striking a pedestrian and leaving the scene of a serious injury accident was charged as an adult in St. Joseph County Superior Court.

On March 24, David Fordyce was trying to direct traffic on SR 933 away from the body of a man killed in an earlier accident.

Court records show Joshua Anglemyer told police he was driving on SR933 and he saw a man standing in the road. He said he thought the man had a shopping cart in front of him and that he hit the shopping cart.

Anglemyer was charged with failure to stop after a serious injury accident resulting in death, a Class C felony.

Anglemyer's bond was set at $3,000 and he bonded out of jail last weekend.

His next court date is May 12.