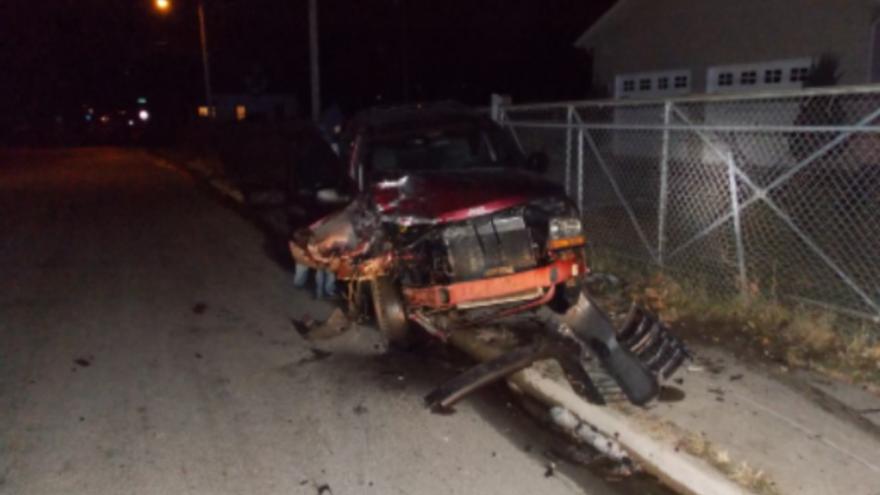 SOUTH BEND, Ind. – A teen driver allegedly fled from an Indiana State Trooper in a vehicle and on foot Thursday evening in South Bend.

According to officials, a trooper attempted to stop a Jeep for a traffic violation on Miami Street near Altgeld Street at around 7:30 p.m. on January 14.

When the trooper turned on the emergency lights on his marked vehicle, the driver of the Jeep refused to stop, leading the trooper on a chase along multiple streets.

The chase moved southbound onto Carroll Street when the driver of the Jeep failed to yield at a stop sign and crashed into a Dodge Durango traveling east at the intersection of Carroll and Indiana Avenue.

After crashing into the Durango, the driver and a passenger in the Jeep fled on foot.

The driver, a 16-year-old male from South Bend, was caught and taken to the Thomas N. Frederick Juvenile Justice Center on numerous preliminary charges related to the chase and the stolen vehicle, according to the Indiana State Police.

The passenger of the Jeep was not located.

The South Bend Police Department assisted in this incident.