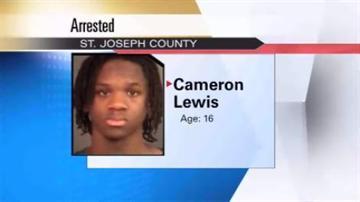 Thursday the prosecutor’s office charged 16-year-old Cameron Lewis with the attack on a 56-year-old woman in her home on Wilber Street.

The woman told police someone rang her doorbell and then forced their way into her home.

Police say the teen lives across the street from the woman.