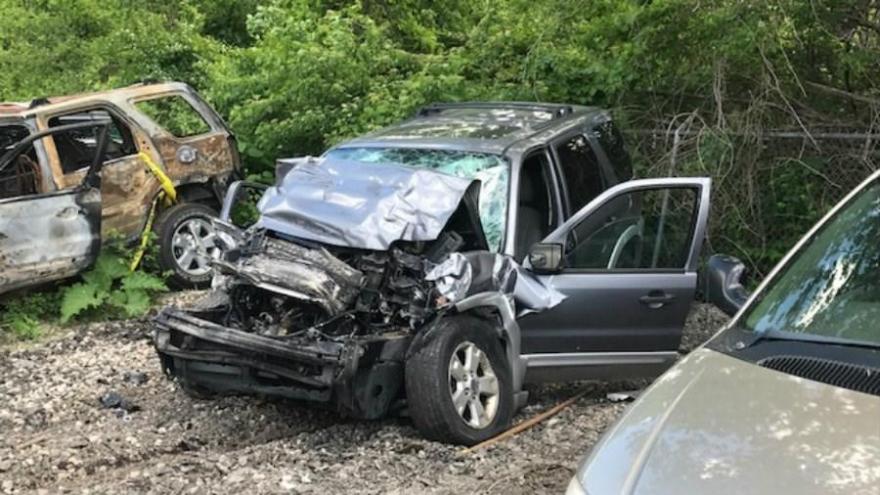 YPSILANTI, MI -- Michigan State Police say a 15-year-old girl was killed when the driver of the vehicle she was riding in slammed into a fire truck in Washtenaw County.

It happened on westbound I-94 near Grove Street in Ypsilanti late Monday night. Firefighters were parked on the highway responding to a rollover accident when the 30-year-old driver of an SUV hit the back of the truck, according to police.

"They were providing care to the patients and suddenly they heard a big boom and found out a car crashed into the fire truck that was protecting the right lane on I-94," said Ypsilanti Fire Department Chief Max Anthouard.

The 30-year-old driver and his 15-year-old daughter are currently being treated at a nearby hospital. The 15-year-old who died on the scene was reportedly a friend of the driver's daughter.

The freeway was closed for a few hours as the investigators tended to the scene but it was re-opened around 3:30 a.m.