Teen girl shot in the leg and transported to nearby hospital 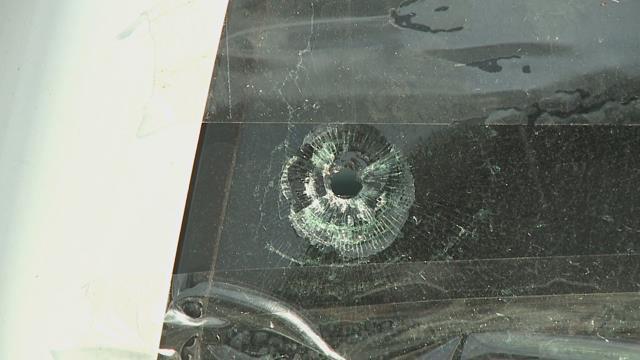 South Bend Police responded to the scene of a shooting early Sunday morning after a 17-year-old girl was shot in the leg.

Police say the men who shot her are still on the loose.

The shooting happened in the 2100 block of Roger Street in South Bend around 1 a.m. Sunday morning.

According to neighbors, the girl stopped by a house on Roger St. to try to get into a party late Saturday night, but she was turned away because she was underage.

Shortly after, around 1 a.m., police say the girl was approached by a group of men somewhere in a nearby vacant lot or alleyway, when gunshots went off.

Police do not know what led to the shooting but they are describing it as a "chance meeting" -- implying the victim and the suspects may not have known each other.

Police say the girl was shot in the leg and then treated at a nearby hospital. She is expected to be okay but she was not able to pass along a description of the suspects.

And according to police, it appears the nearby partygoers had no idea the shooting happened or who may have been responsible.

Roger St. was quiet Sunday afternoon, but neighbors said off camera that the sound of gunshots is fairly common in the area.

One man who lives right by the scene of the shooting was frustrated that his pickup truck had a bullet go through his front windshield and straight out his back windshield during the incident.

Sunday morning's shooting was the second in South Bend in a nine hour period.