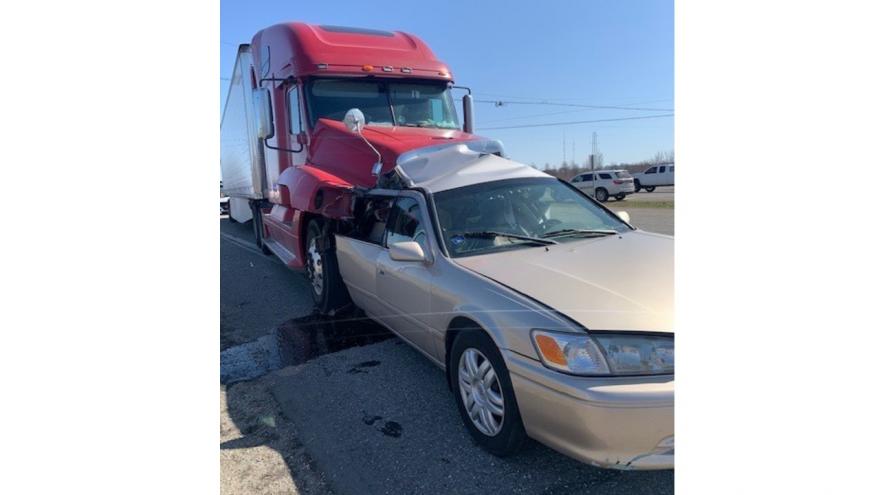 At 3:22 p.m., a trooper was in his marked police car on the south side of the intersection of U.S. 30 and King Road when we witnessed a 2003 Freightliner traveling west on U.S. 30 fail to stop at a red light and run into the back of a 2001 Toyota Passenger car that was stopped at the light.

Both the semi and the Toyota continued through the intersection stuck together, coming to a stop west of King Road.

The trooper immediately responded to the crash and saw that the driver of the Toyota, a 19-year-old from Fort Wayne, was bleeding heavily from her face but was alert and conscious.

The 19-year-old was transported to a local hospital with injuries believed to be non-life-threatening.

The driver of the semi, 67-year-old Pavel Galiant of Kent, WA, was not injured in the crash.

Galiant was given a citation for disregarding a traffic light.

The trooper said that the 19-year-old wearing a seatbelt made a difference in the seriousness of her injuries.

Alcohol and drugs are not suspected to be factors in the crash, police said.