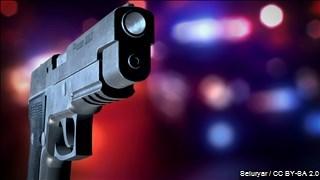 A 13-year-old boy from Elkhart was shot in the face early Sunday morning at the Quality Inn on Dixie way in South Bend.

Police say the victim was with several other teens in the hotel room at the time of the shooting.

They have been interviewing both teens and parents but believe the shooting happened by accident.

St. Joseph County detectives have not yet figured out who pulled the trigger and have not said why the teens were in the hotel room.

The victim is said to be in stable condition at this time.