Teen sworn in as city councilman 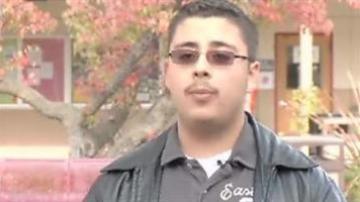 BAKERSFIELD, Calif. -- A California teenager who is barely old enough to vote will take his seat as part of the city council.

The 19-year-old beat out five older candidates to win the election as a city councilman.

"I was honest, I ran a positive campaign and I just talked about the ideas and I truly listened to them," said Jose Gurrola, Arvin City Councilman. "We knocked on so many doors and talked to so many voters and I think they liked that."

His political science professors are especially excited for him because they say they know he will take advantage of the opportunity to learn from the older council members.