Teenage football players kicked off team for kneeling during anthem 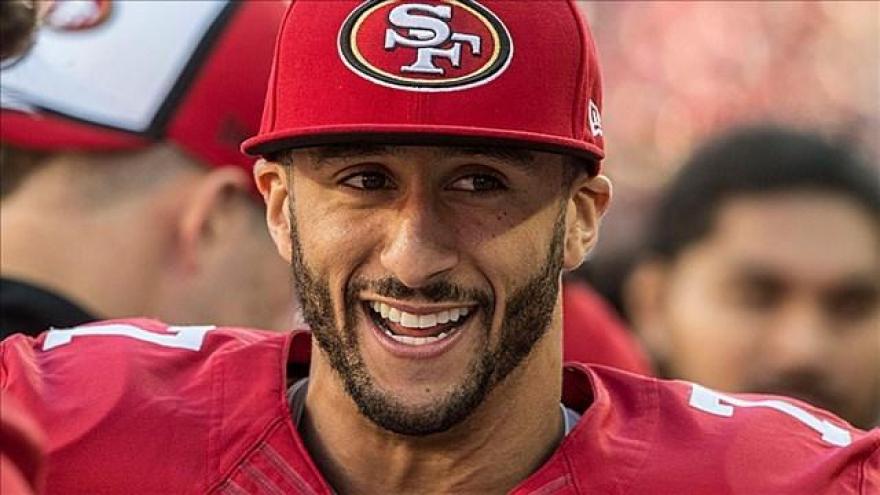 (CNN) -- Two Texas teenagers were kicked off their local football team for protesting during the national anthem prior to a Friday night game.

Both players, who are cousins, chose to protest in different ways. Larry McCullough, 18, chose to kneel while his younger cousin, 16-year-old Cedric "CJ" Ingram Lewis, raised his fist in salute, according to CNN affiliate KPRC.

The coach immediately made the duo take off their uniforms and leave the field, the boys said.

"He said, 'Take off your uniform, right now,' and he had me and CJ strip down in our uniform -- pads, the pants and all, in front of everyone," McCullough told CNN affiliate KTRK. He and his cousin said they were humiliated.

"He's a pastor," said Rhonda Brady, Lewis' mother. "The way he handled it is almost a slap in the face."

"I placed them in a Christian-based program so they wouldn't have to go through things like this," Brady told CNN. "They were really, really hurt."

Ronnie Mitchem, the pastor of the Victory and Praise Worship Center in Crosby, Texas, started and coaches the football team for students who are homeschooled or attend a private school without a football team, according to a page on the church's website.

Read more: 'The black fist of our time'

Mitchem, who is a US military veteran, told CNN affiliate KTRK that his players weren't allowed to kneel during the anthem as part of a longstanding rule.

"I have nothing against those young men. I love them," Mitchem said. But he took issue with the way McCullough and Lewis went about their protest.

CNN reached out to both Mitchem and Victory Praise and Worship Center for comment, but has not heard back.

Mitchem said in a post on his Facebook page that he didn't take issue with people protesting "if it is done the right way."

"But to disrespect the flag that gives us the right to protest is the wrong way to do it," he wrote.

"Though many may disagree with me, this is what I believe and as an American I have that right," Mitchem said. "I pray these young men across America can come to understand there is a right and wrong way to do things."

McCullough said disrespecting the flag was not his intention.

"It was really showing the injustice for black people," he told KPRC, "all the stuff that's going on in the NFL, stuff like that, so I feel I need to be a part of it, too."

McCullough and Lewis' protest comes at a time professional football players in the NFL have taken knees or locked arms during the National Anthem, after President Donald Trump said at a political rally in Alabama that he'd like to see those players fired.

Colin Kaepernick, a former quarterback for the San Francisco 49ers -- currently a free agent and without a team -- first started kneeling during the national anthem before games during the 2016 season to bring attention to issues of racial inequality and injustice.