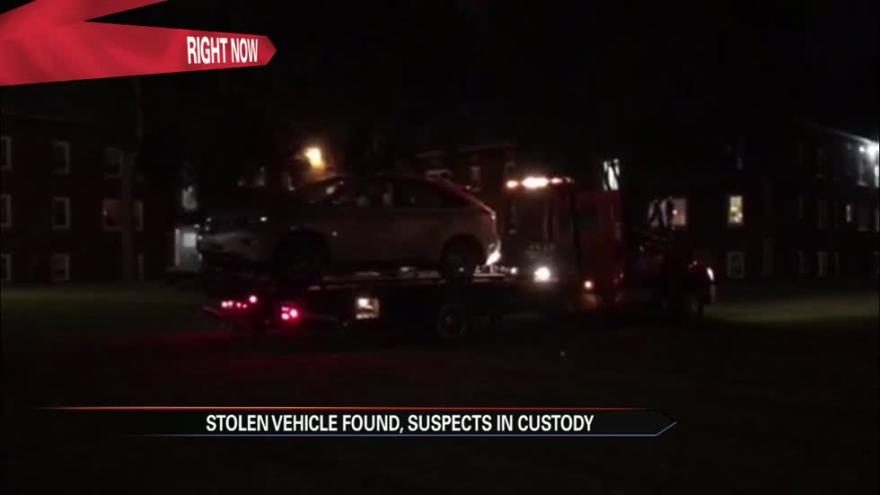 SOUTH BEND, Ind. – Police say three teenagers assaulted a woman on Belmont Avenue and stole her SUV on Thursday morning. The vehicle was found and the suspects were arrested later that night.

South Bend Police responded to the assault and car theft at 7:40 a.m. on Belmont Avenue.

The victim’s husband, Ron Silverman, says his wife Ann was in front of their home moving things from one car to the other when three teenagers demanded she hand over the keys to their Lexus SUV.

Silverman says they punched his wife in the face and knocked her to the ground. After the suspects sped off in their car, she was able to make it to the home’s front door and call to Ron for help.

She was taken to the hospital for head and hip injuries. Silverman says his wife will be okay, but has three months of recovery ahead of her and will have to use a walker.

Investigators got a hit on the vehicle's GPS around 8:40 p.m. and were able to track down the SUV. Following a short chase, the suspects were taken into custody at Cedar Glen Apartments.

Because of their ages, the names of the suspects haven’t been released.