Temperatures are staying above normal

NOW: Temperatures are staying above normal

It'll STILL feel like summer outside today as our highs climb into the lower 80s, which is about 15 degrees above average! We should be into the upper 60s by this time of the year. Even as more clouds and rain are expected to move into Michiana for the second half of the work week, our temperatures will only cool into the upper 60s, which is right where we should be. But what about the next 2 weeks?

According to the Climate Prediction Center, Michiana has the chance of seeing near or above normal temperatures, even as we move towards the middle of the month. We won't be dealing with the summer-like temperatures, like the 80s, during this time, but many of the highs in the coming days could top out in the low to mid 70s. 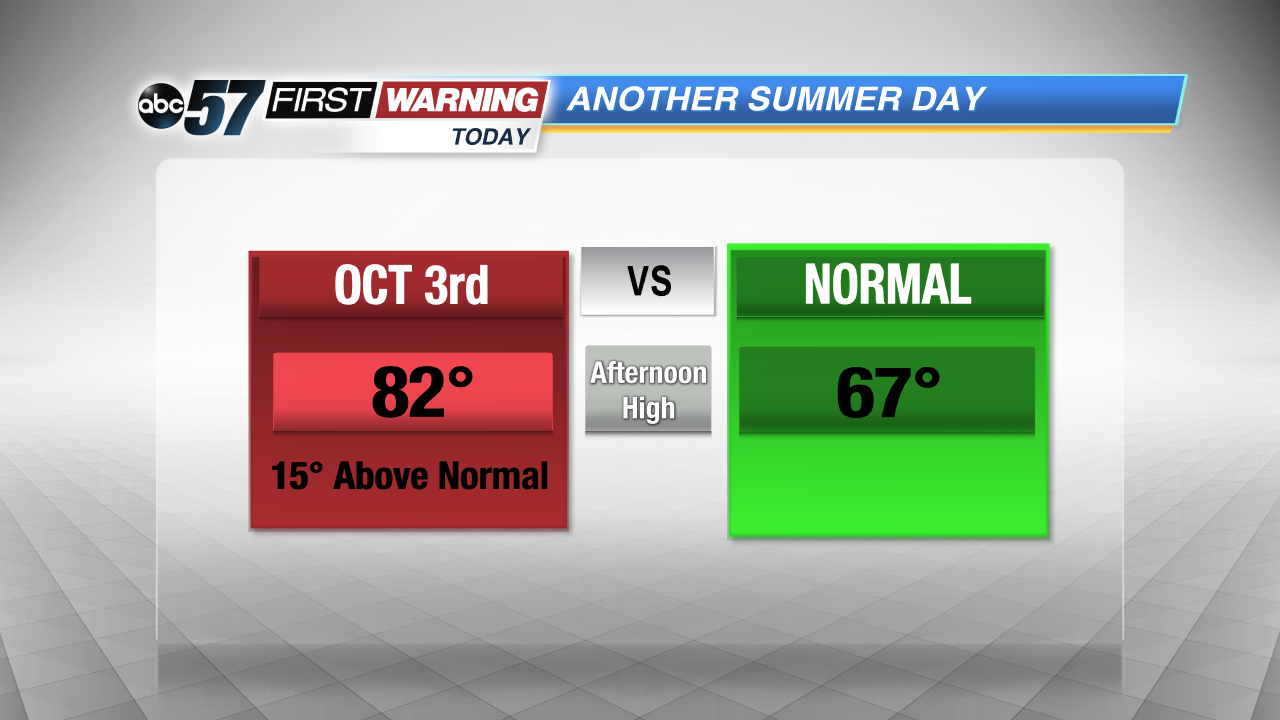 Forecasted high of 82 would be 15 degrees above normal for October 3rd. We should be in the upper 60s. 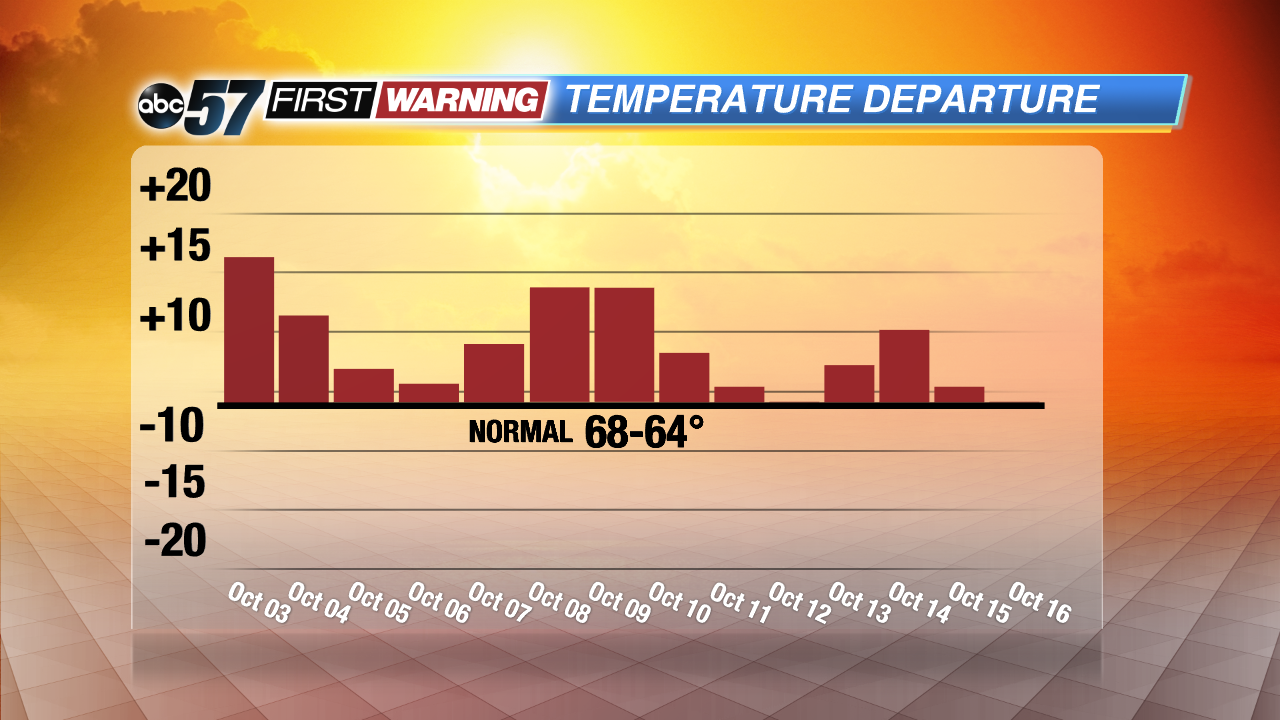 Even into the middle of October, temperatures could still stay on the above average side.