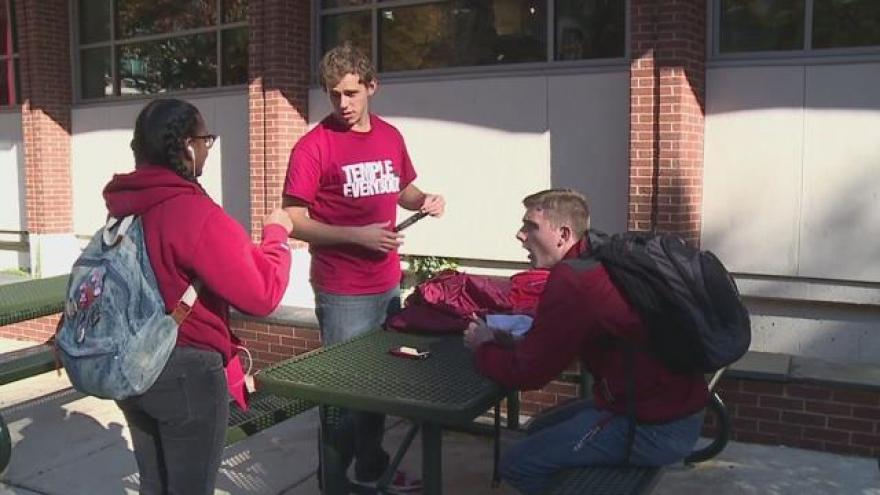 Temple's fans held a pep rally on campus Friday night ahead of Saturday's game against Notre Dame. Temple is undefeated and ranked for the first time in decades.

Temple students say they understand why Saturday's game is so big. They say they appreciate the hype surrounding an iconic team like Notre Dame.

They say they're ready for the Owls to soar into the national spotlight.

The pep rally was held by the Cherry Crusade, a student spirit group on Temple's campus.

Cherry Crusade President Samuel Forman says this season is one that will go down in history for Temple.

They've beat some good teams in their conference, but Saturday have the opportunity to take down the ninth ranked Fighting Irish.

Forman says despite their desire to win, Temple fans will be welcoming to Notre Dame.

It is expected to sell out.

“It’s a big game because of the exposure, the ABC game and College GameDay. I’m not on the team so as a student I can say that it’s exciting and it's what all of us look forward to. I’ve watched College GameDay every Saturday I could since I was 6 so it’s exciting," said Forman.

If Temple wins Saturday it will be their first 8-0 start ever.

It will also be their first win against an Indiana team in program history.

However, Notre Dame will be looking to end this historic run.