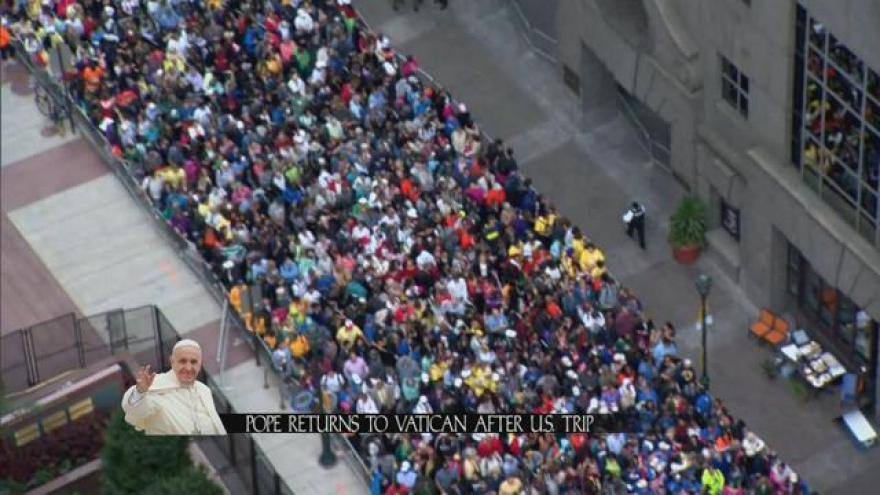 By Colleen Bormann and Andreina Centlivre

Pope Francis is en route to Rome after celebrating a historic week in the U.S.

His trip concluded with a special Papal Mass.

Father Glenn Kohrman was up at 4:00 a.m. to make his way through security and the tens of thousands of people who were there to hear it.

Father Kohrman was about 13 rows back from the stage where Pope Francis celebrated mass and had a special role.

“Today I had the opportunity to concelebrate with The Pope. What that means is the pope is the celebrant but every priest in that congregation was celebrating the mass with him and offer mass with him. Praying for all my people,” said Father Glenn Kohrman.

Father Kohrman was joined by tens of thousands of others to see the mass including a group of Notre Dame students.